“What’s in a name? That which we call a rose/ By any other name would smell as sweet.”

Yeah – that’s what I probably thought as a teenager too, but come on. Imagine finding out that one half of a pug double-act is called Ernie, and stop yourself thinking this:

It’s perfect, isn’t it. Talk about jolie laide. I fired off an instant email, demanding to be told that the fawn glory on the right was called Eric.

It was not to be. Although, if you’ve read his post already, you’ll know that his name, Brian, glorious Brian, is something of a 1970s entertainment icon in its own right, of course.

And with a dash of Eric and Ernie’s eternal optimism, I took the following photo of Ernie as a starting point. 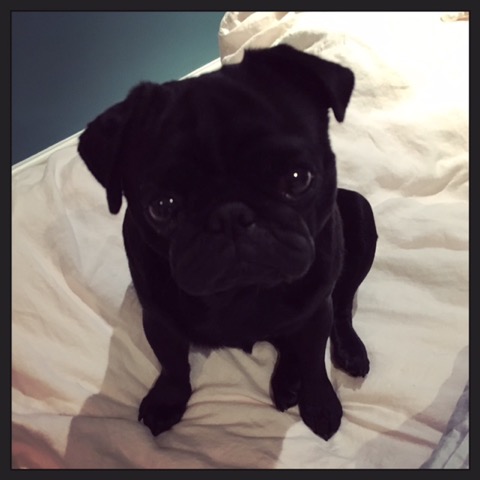 Well, they were neither of them the brightest. Black features set in black fur and back-lit, oh yes. 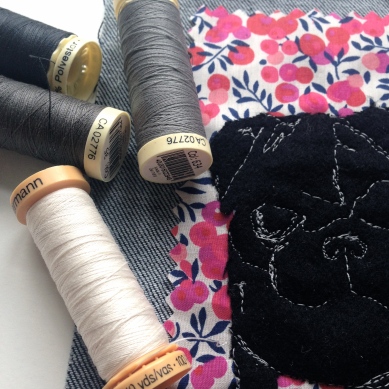 I don’t remember what was going through my mind in picking out his background. Consciously, I was trying to get a good contrast to Brian’s picture, its peaceful bluesy Liberty print; but I wonder whether the Magic Roundabout hadn’t staged a sit-in in my unconscious mind. 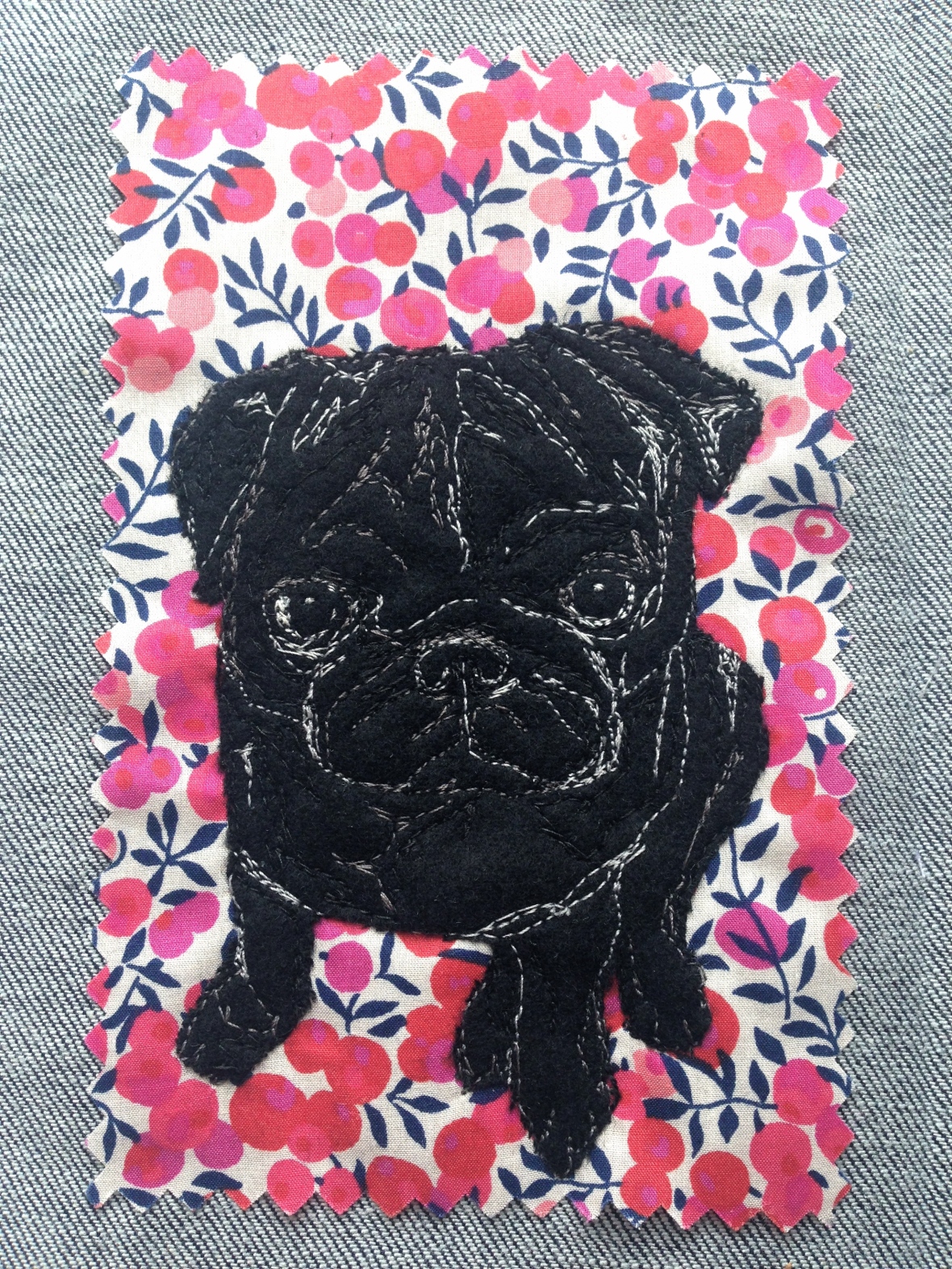 I love Ernie. So much, that I can’t resist a quick postscript

His is such an expressive face and posture, if we can’t find a film star lookie-likie for Ernie, we might as well give up and go home. So which one? Not Bing Crosby – there’s still a French bulldog I have in reserve for him. Nor Fred Astaire, despite his being both my favourite and “funny looking” (as described at his first screen test). Nope, putting to the side disloyal thoughts about the bar scene in Star Wars (I can’t even bring myself to pop in a picture at this point), I can see no one for Ernie so much as Toby Jones’ Captain Mainwaring, the perfect mix of earnestness and comedy. [Earnest, Ernest, Ernie – see what I did there? Genius.] 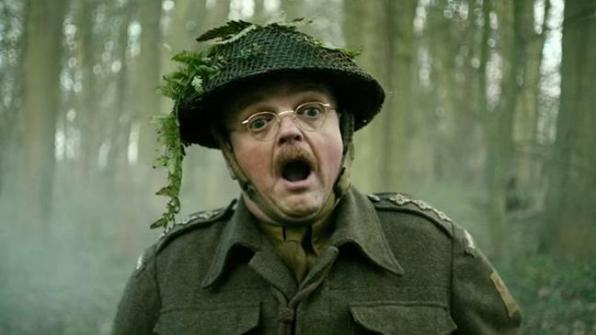 If Ernie’s portrait has whetted your appetite for a pet portrait of your own, do hop on over to the commissions page …

2 thoughts on “The Importance of being Ernie”