Terse and to the Point

Evie is a border terrier, a lovesome thing, with eyes that melt your soul.

She was done and dusted some time ago now, but she never made her way to the blog.

Looking over her photos now, I think it is because, Athena-like, she sprang fully formed from my sewing machine. No sketches have survived, which is unusual. There are no pictures of that Solomon moment when I have to chose between Liberty Prints for background; none of the layering of pieces, which always look titanically awful, a thing of beauty reduced to shreds and patches; nor any of those first stitches, when an eye magically appears out of nowhere. Nothing. Nothing but Evie. Still, she’s rather lovely… 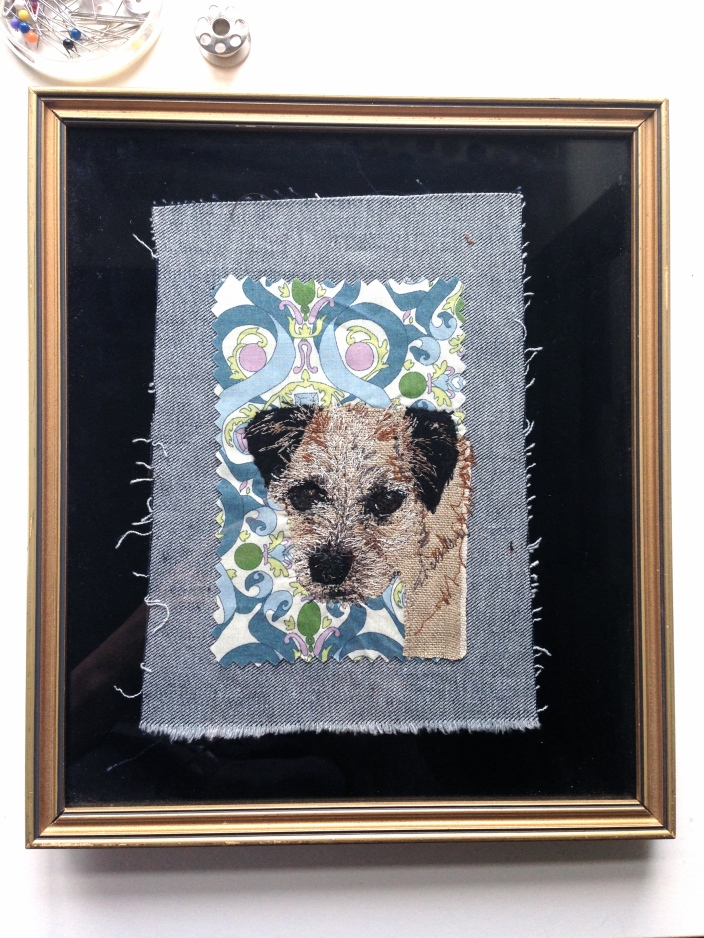 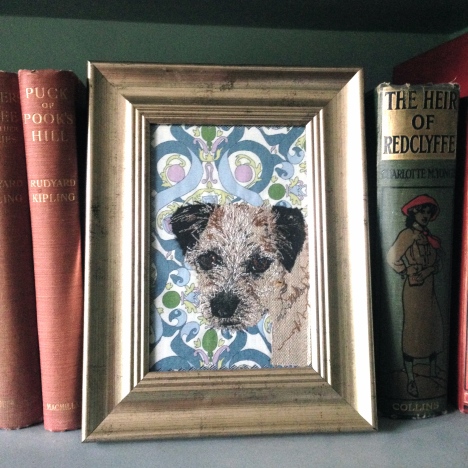 And although she stands alone, and very much her own creature I suspect, I couldn’t resist pointing you in the direction of a rather obscure group of contemporary poets on the subject of the border terrier.

Looking at a typical Border Terrier,

one gets the impression

that if nature were left to itself

and dogs just bred naturally without man selecting the matings,

the end result would be something very much along

And later from the same poem:

The breed standard is terse

and to the point.

“Terse and to the point” – I take that for my standard today. And if anyone else feels like spending a happy hour browsing their works, I cannot recommend them highly enough. They publish here under the group name, The Kennel Club.

Interested in having your furry pet immortalised? Do hop on over to the Commissions page.