Today we have two Sphynxes, Totem and Matisse: a perfect storm of rare breed and curious names that has crashed into my morning, suggesting so many lines of enquiry that I am left thoroughly befuddled. There are just so many things to say about these cats. Most importantly, as I’m sure you’ll agree, is how, how can they be called Totem and Matisse, and not Totem and Taboo, after the 1913 classic, Totem und Tabu: Einige Übereinstimmungen im Seelenleben der Wilden und der Neurotiker by Sigmund Freud. [Although, as Wikipedia went on to tell me, this work is now almost universally discredited by anthropologists, so perhaps that’s why.]

My second thought, well, no, I don’t think I should burden you with a list of my thoughts, they were legion. Perhaps I should continue the post in pictures only, for fear of more trips down Wikipedia lane: 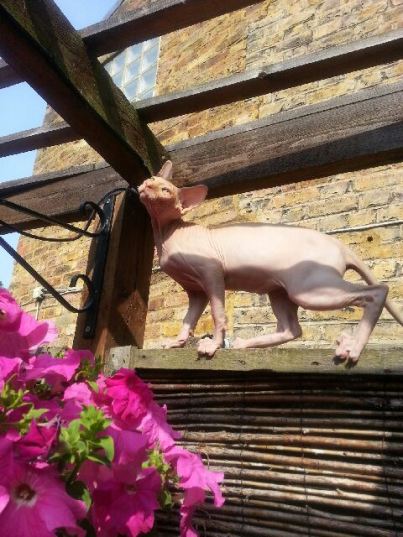 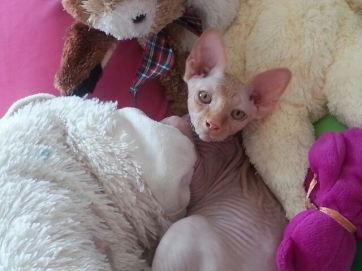 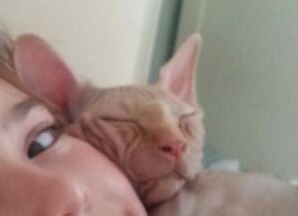 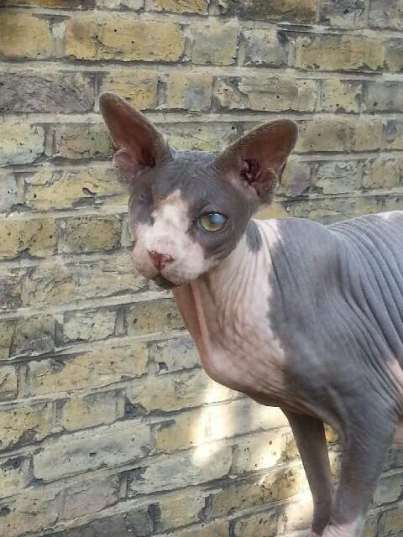 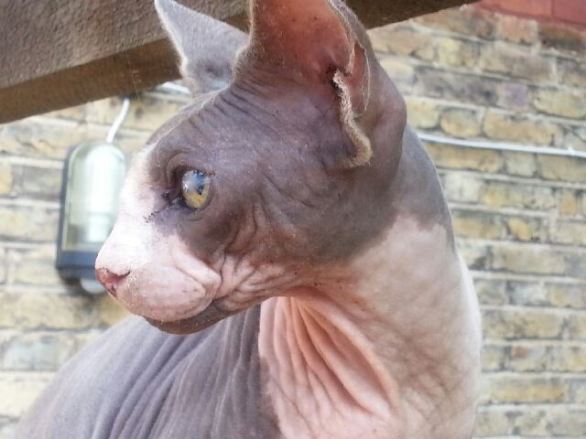 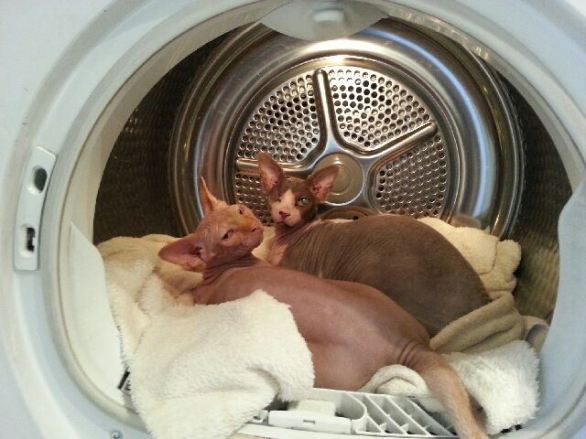 OK – so I can’t make good on that promise not to burden you with words. Because that last pairing of pure wool, and sphynxes reveals something of the essence of these animals – they are no less than the cashmere wraps of the feline world: unusually warm and soft, and with an elegance in their folds that exudes luxury. [And, I’m presuming, like cashmere, they don’t come cheap either, but their owner, like her cats, is too well-bred to say.]

Yes, it’s fair to say, I am rather taken with these strange, I would say totemic creatures, but then I don’t want to be discredited later on by anthropologists, I’m not sure I should like it. Eyeing the cats with my professional hat on (can making textile portraits of pampered pets be a profession? it beats Health and Safety officer, I guess), I knew from the start they would make beautiful portraits. It’s the same with pugs and bulldogs: with those wrinkles, they practically draw themselves. 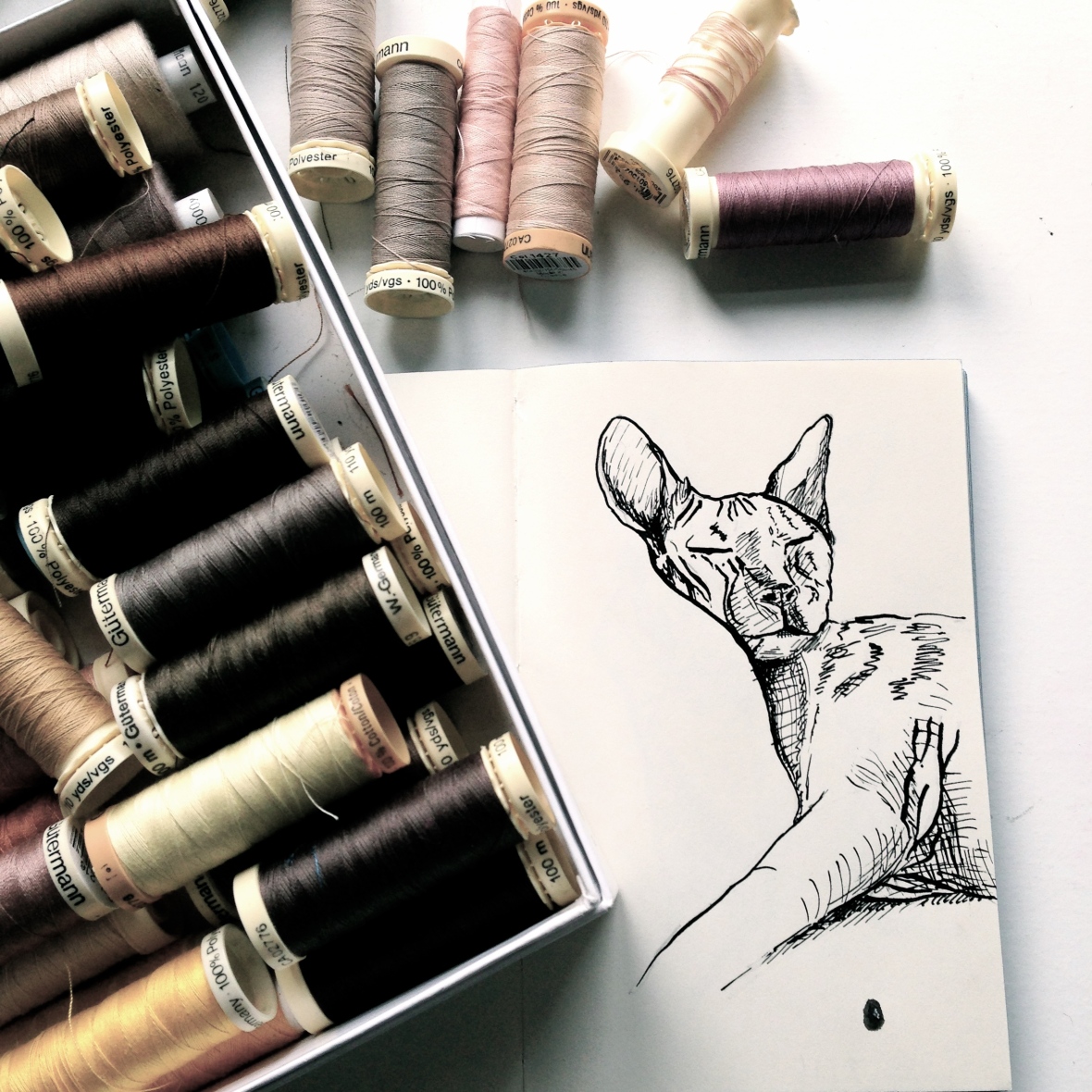 I love the colour palate on these cats, the pale mushrooms and soft pinks:

But, as I said on Instagram the other day (by which useful opener you can see that I am both sociable, in the new media sense of the word, and also self-aware when re-using material), a sphynx without the wrinkles is like a cup of tea without a biscuit – that is, something I would never, never allow to happen in my house. No, no, that’s not it .. a cup of tea without a biscuit … it’s ok, but not as great as it could be.

Bring on the black:

But there’s more – the beauty that is, or, sadly, I should say, was Matisse:

I once wrote a story about pirate cats, living in the wilds of Hampstead Garden Suburbs. I assumed it was long lost, but just found it, whilst looking for the illustration my brother drew for it. That sadly, has gone, but in the story there is the shadowy figure of a king of the pirate cats, never fully seen, who leaps off into the shadows at the end, resigning his royal existence for the dream of endless cream teas in Devon. I am now imagining that happy fate for Matisse – King of the pirate cats of south London, if without the patch. 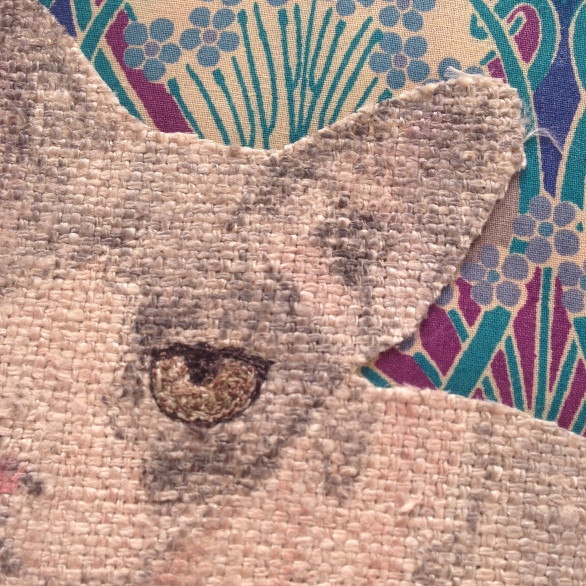 And here is the portrait – an enigmatic beauty, blending in and out of a classic Liberty print. My favourite: 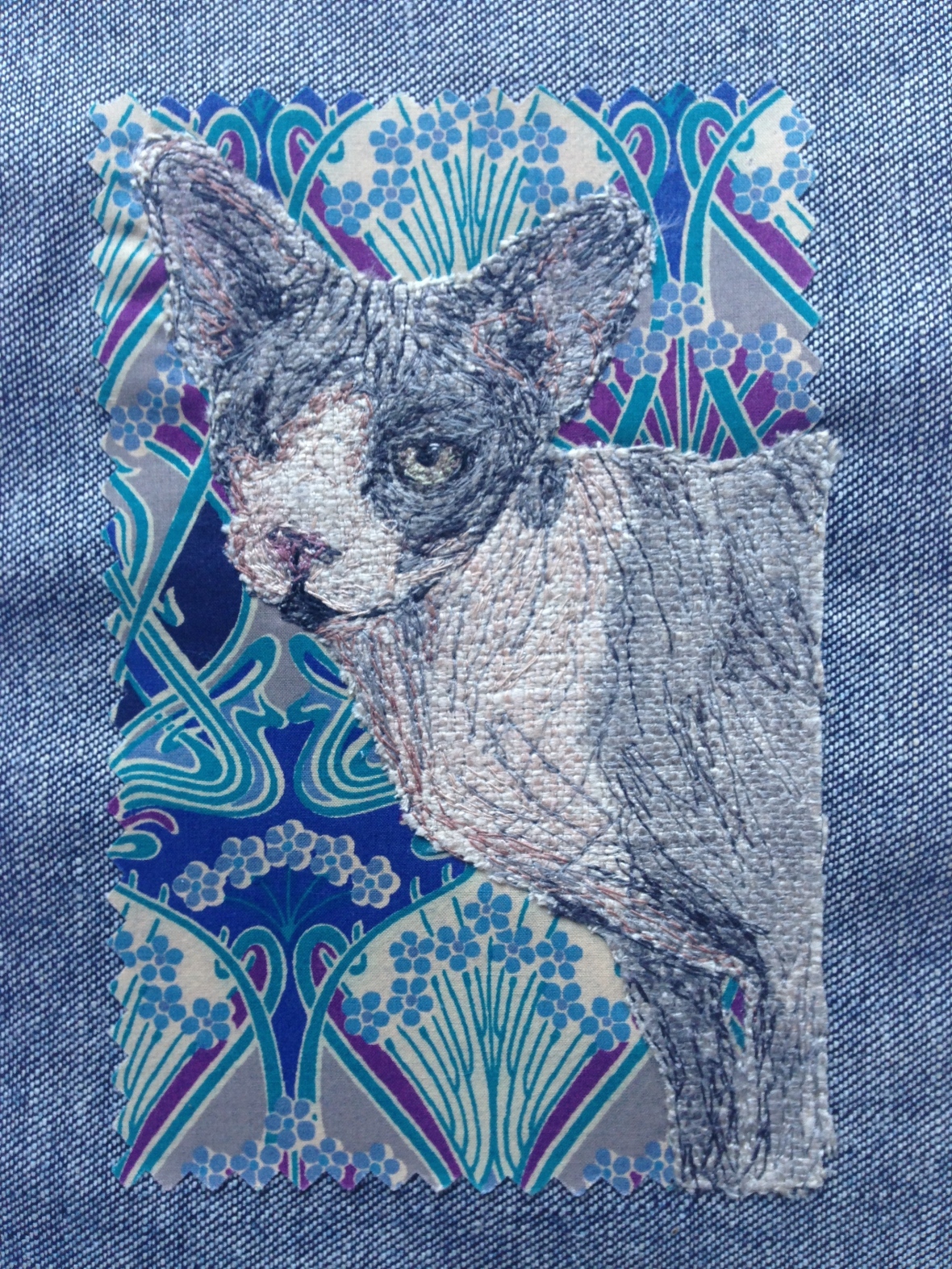 If you feel inspired by any of these pictures, or by an overwhelming love for your pet that seeks expression in textiles, do hop on over to my Etsy shop – it’s open for business, and there’s an early bird Christmas offer too (10% off if you order in October with the code: ROCKET10), which is good for all pets, by the way, not just early Christmas birds.