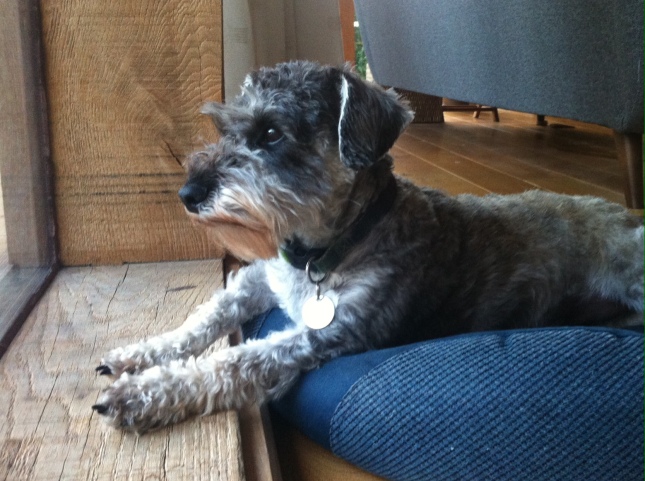 This is Luna. Quite the most gorgeous girl you have ever seen.

Just look her quizzical half smile on the right. It’s one I aspire to myself, but her eyebrows are just always going to be better at it. Still, much as I loved it, my instinct was against picking that photo for her portrait. She looks too human. No one, not even the white queen, who believes up to six impossible things before breakfast, would believe that a dog could smile like that. I’d have to get the photo out every time, and explain that Luna is the one who’s anthropomorphising, not me.

And anyway, the photo on the left is so beautiful, so noble. And so hauntingly reminiscent of something that still, annoyingly, eludes me. I’ve a feeling we’re back in Tudor portrait territory, possibly a miniature, but a happy hour scrolling through the works of Holbein yesterday, left me unconvinced.

Hmmm. Maybe it was just the colour of the cushion after all….

Anyhow, as to make, Luna is a schnoodle. Yep, a schnoodle – and now you know the reason for both the quizzical smile and lofty indifference. It’s quite a name to live up to in the park, after all. She probably needs both responses.

I have a mixed breed myself, and love, love, love them all: the cockerpoos, spoodles, pomskis, and puggles. Still, I’ve always loved both mongrels and bad puns; it’s like the trend was made for me.

But I do wonder what the dogs make of it all. There are days when I worry that the haughty condescension of some pure bloods, and the raised eyebrows from some owners, have made my Jeffy feel a little ashamed of his poodle pa. He certainly doesn’t balance on his back paws in public any more, nor jump through tissue-papered hoops, nor indeed, leaf through French Vogue outside a chic Parisienne Bistro. And when, as has often happens, people take Jeffy for a working cocker (his hair being so straight, his eyes so brown), I notice that he never corrects them. Poor mixed up pup.

Still, being as beautiful as Luna will arm her against the slings and arrows of the canine world. If anyone deserves a portrait, it’s her.

Looking a little like a killer whale, at the start, I’d have to say – a killer woodle? That could catch on.

These below, are the only in the making photos I have. Lovely as she is, it was not a fun day. Somehow, with the first stitch, things started to go wrong, and kept going. 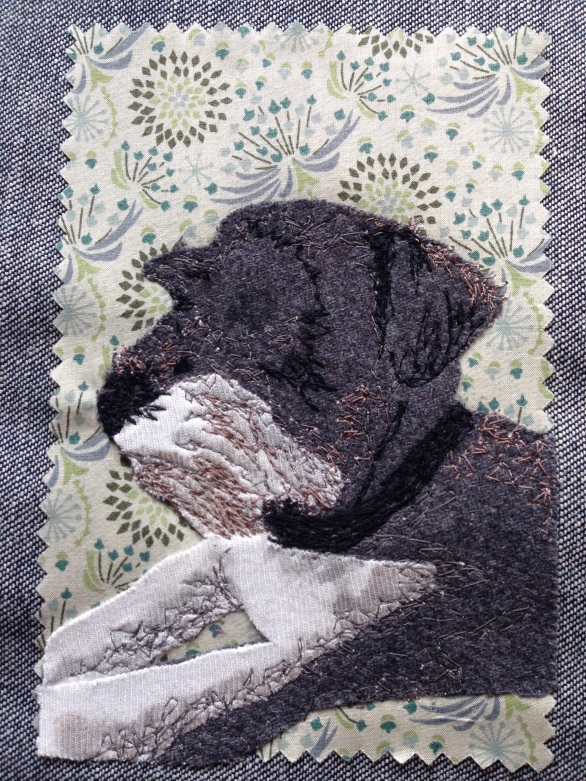 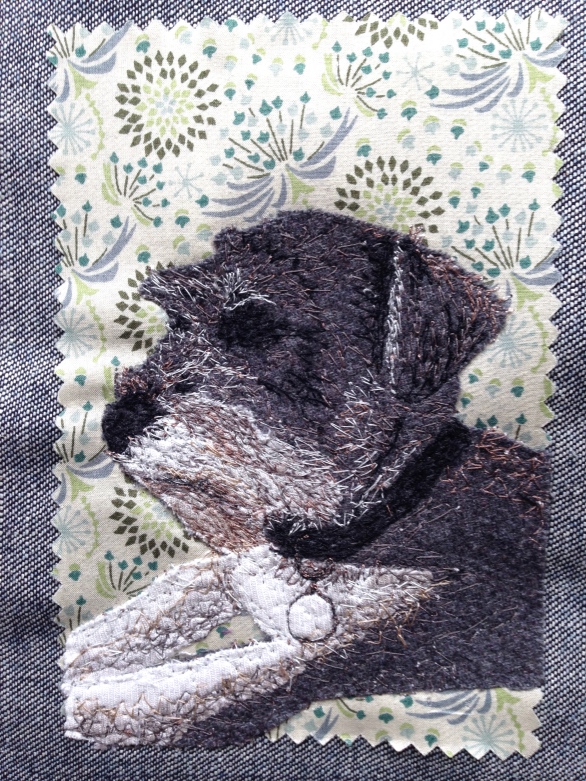 Even looking at them now makes me feel a little queasy. But I pushed on, and by nightfall (and given that it’s October, that wasn’t as late as it sounds), there was something there. And as usual, it all came together with the eye.

And now I could look at her all day long. 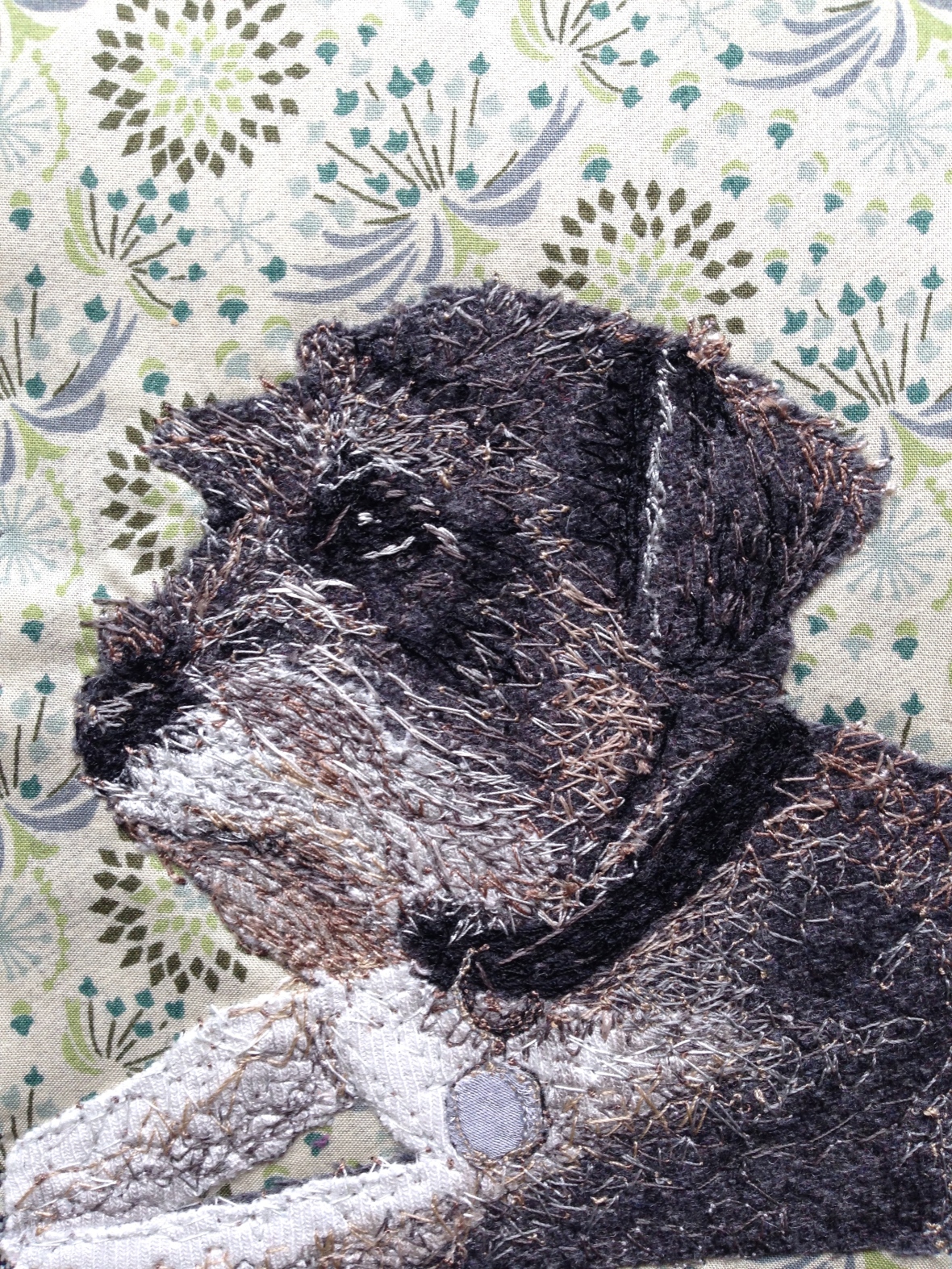 I sent her off in the post yesterday, but I wouldn’t be surprised if I hadn’t “accidentally” left her out of the package. 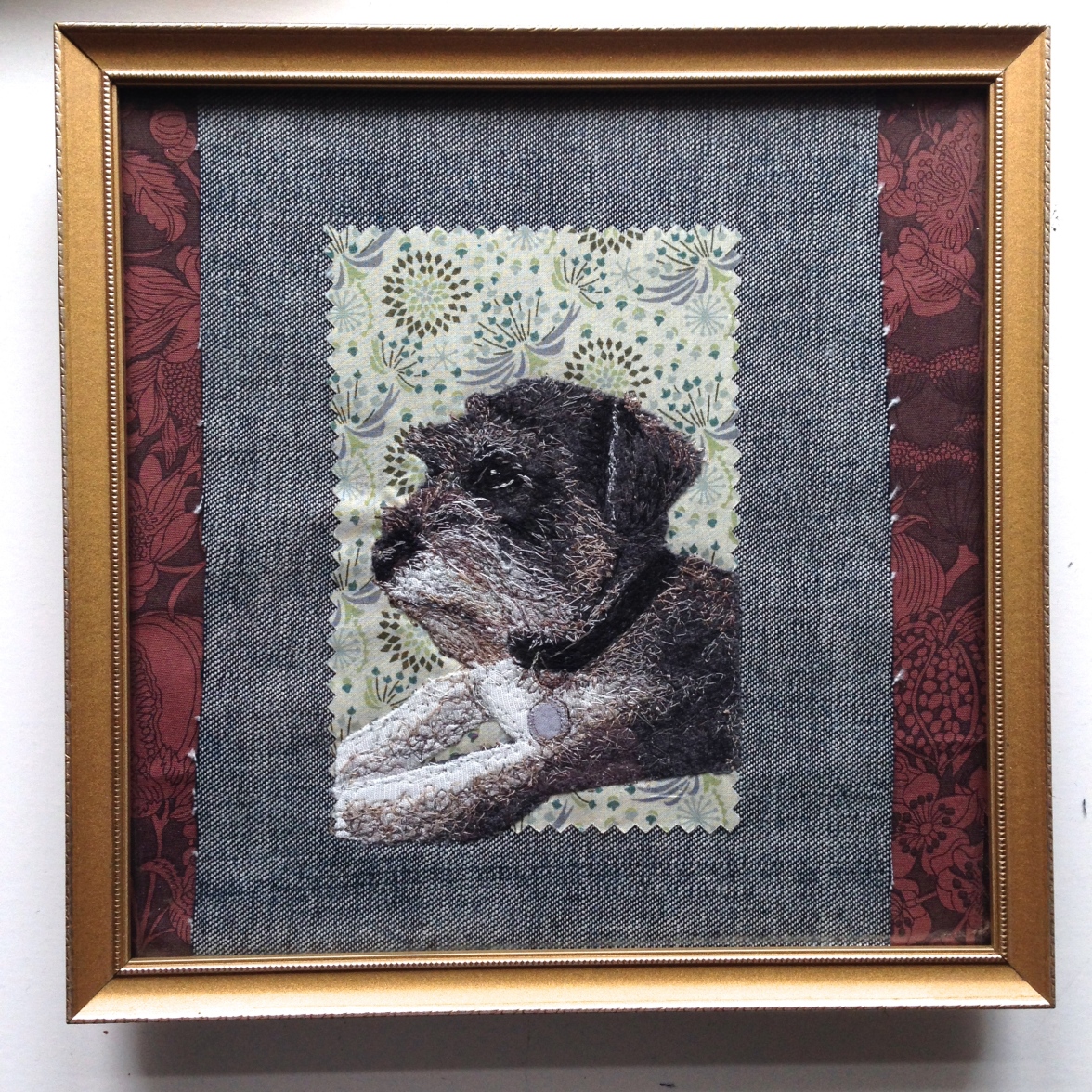 I know one’s not supposed to have favourites, but she is rather sweet ….