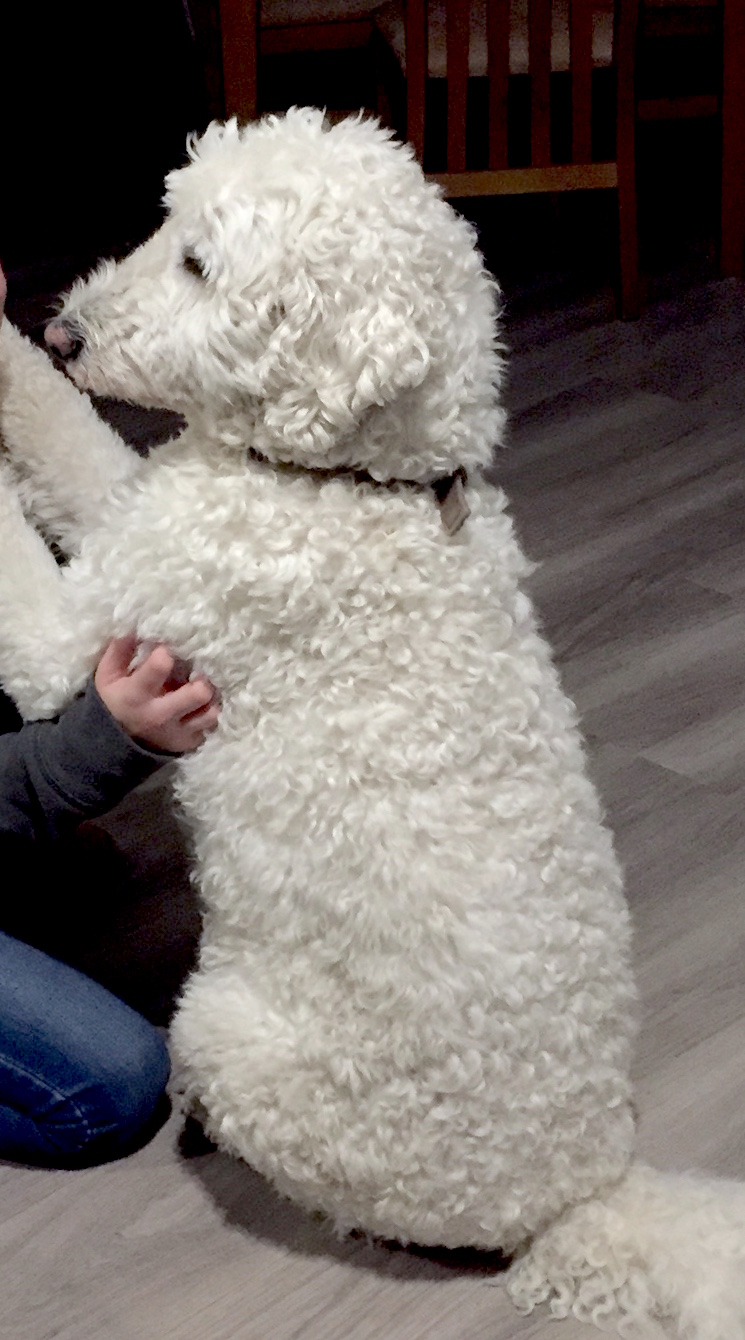 I was told he is a goldendoodle, but I’m not sure. To be honest, what I’m really wondering is whether Sesame Street has lost a cast member recently. 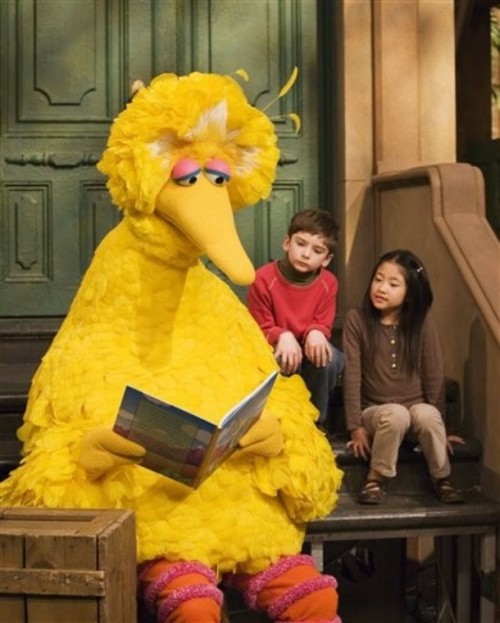 Well, maybe the colour’s not quite right. But there is something about Sulley that has my mind whizzing back through my childhood memories. Actually, my first thought was not a muppet, but a womble – specifically a womble from my childhood copy of the book, before they got on TV and became all famous, and started hanging out with Bernard Cribbins, and releasing pop albums. Wrap Sulley in a cape and glasses, and he’d be a dead ringer for Great Uncle Bulgaria. 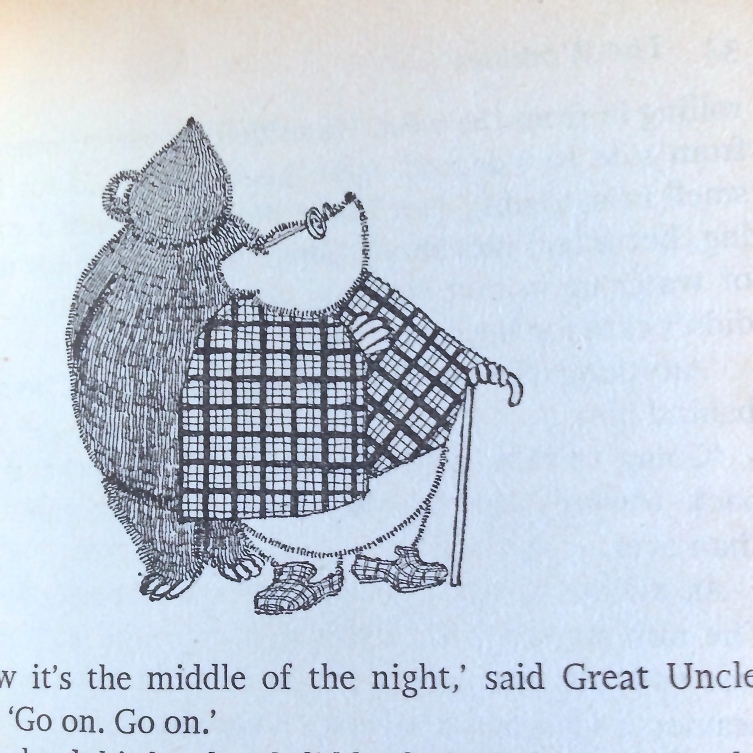 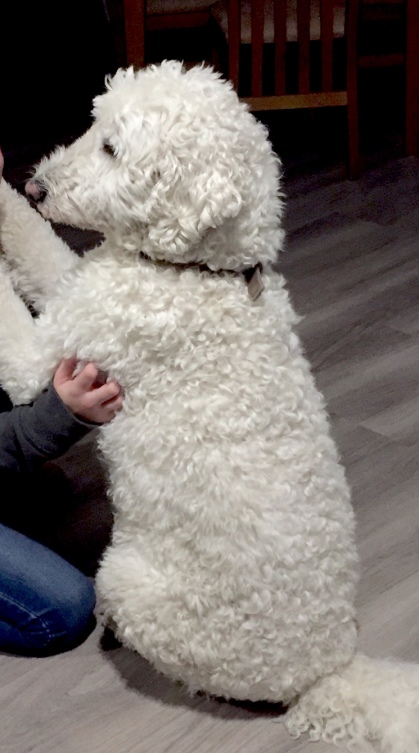 Too obscure? Maybe. I suspect if I were old enough, he would remind me of Larry the Lamb. I think what I’m basically saying, is this is the type of dog that is so darn cute, he really ought to be in children’s television (queue 1930s music: “You oughta be in pictures, you’re wonderful to see.”). He doesn’t have to read bedtime stories to small children or teach them their alphabet or kindness, nor need he obsessively tidy up litter on Wimbledon Common, he could just be there to smile, or tell the odd funny story about her day. I’d tune in. All day, every day.

But if you think that picture was sweet, wait till you see the next photo. Look away if your tolerance to cuteness has been worn away by the build up to Christmas, because this one is the quintessence. 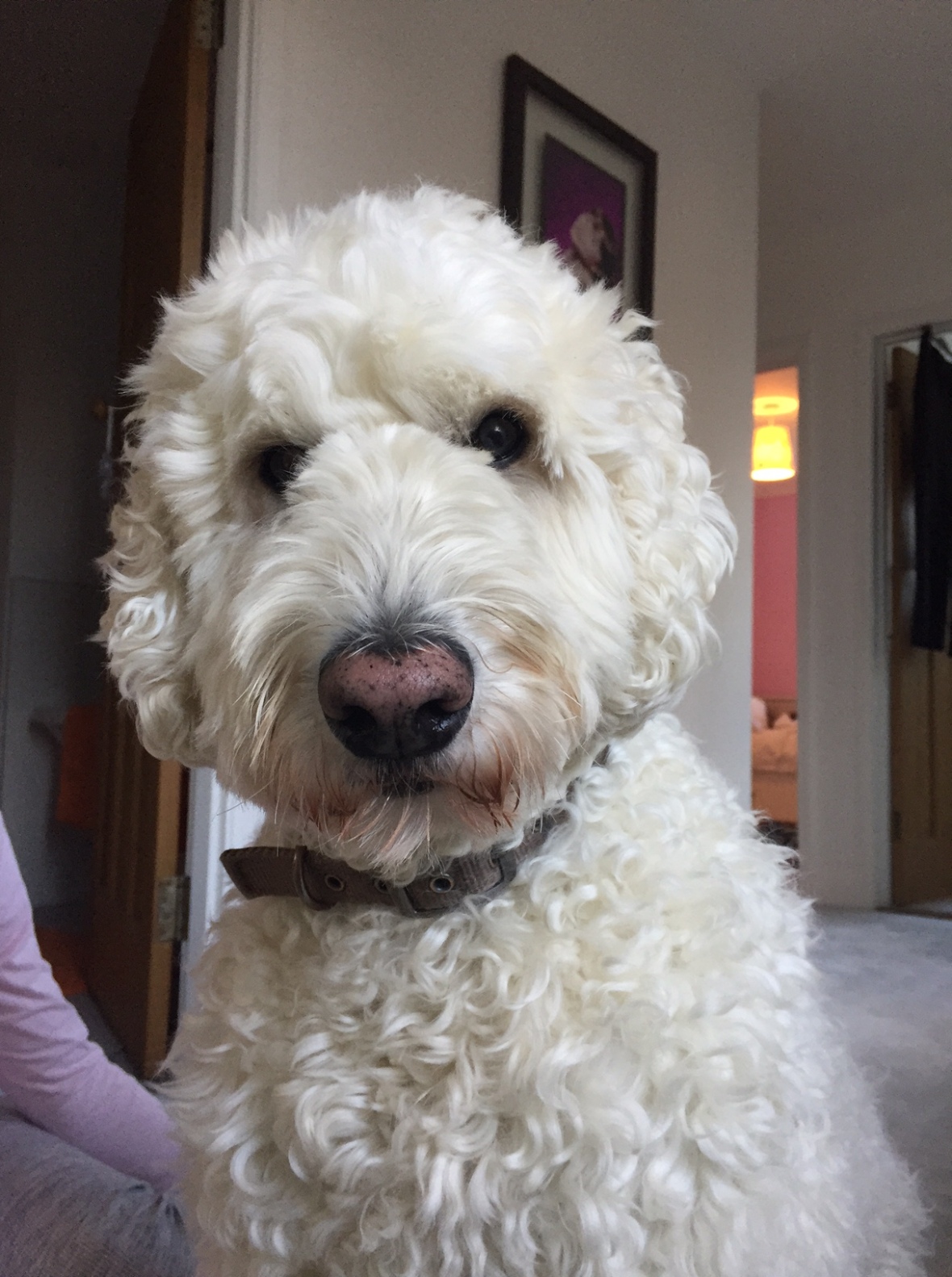 I think the magic lies in the nose. It looks like any second now it’s going to begin pushing through the screen. There I am, imagining him on TV again.

Let’s cut to the sewing – though I’ll warn you, that nose gets even cuter, in my eyes, when made of Liberty print. 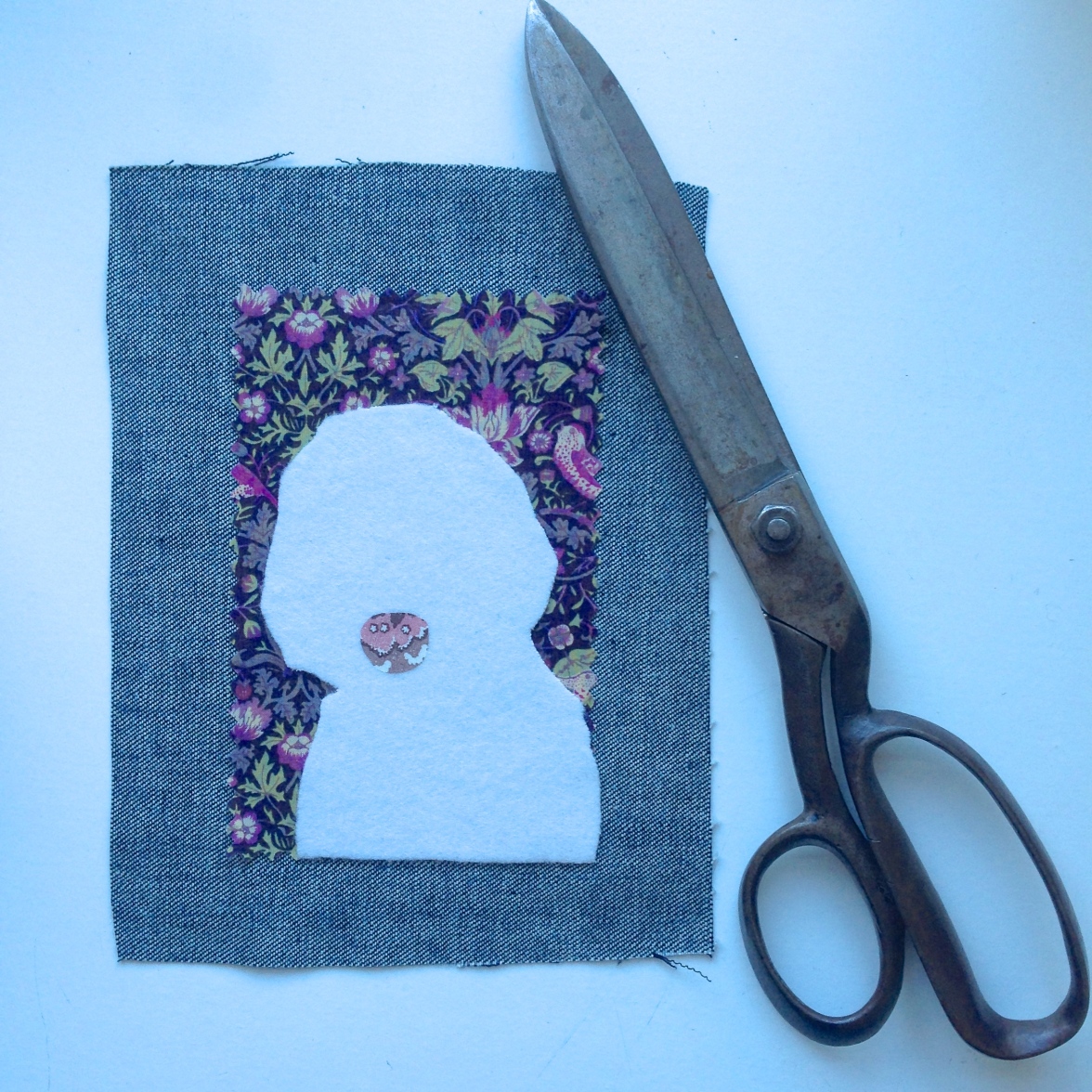 And here he is with his eyes and the odd shadow marked in. Oh how do I love that nose, shall I count the ways? 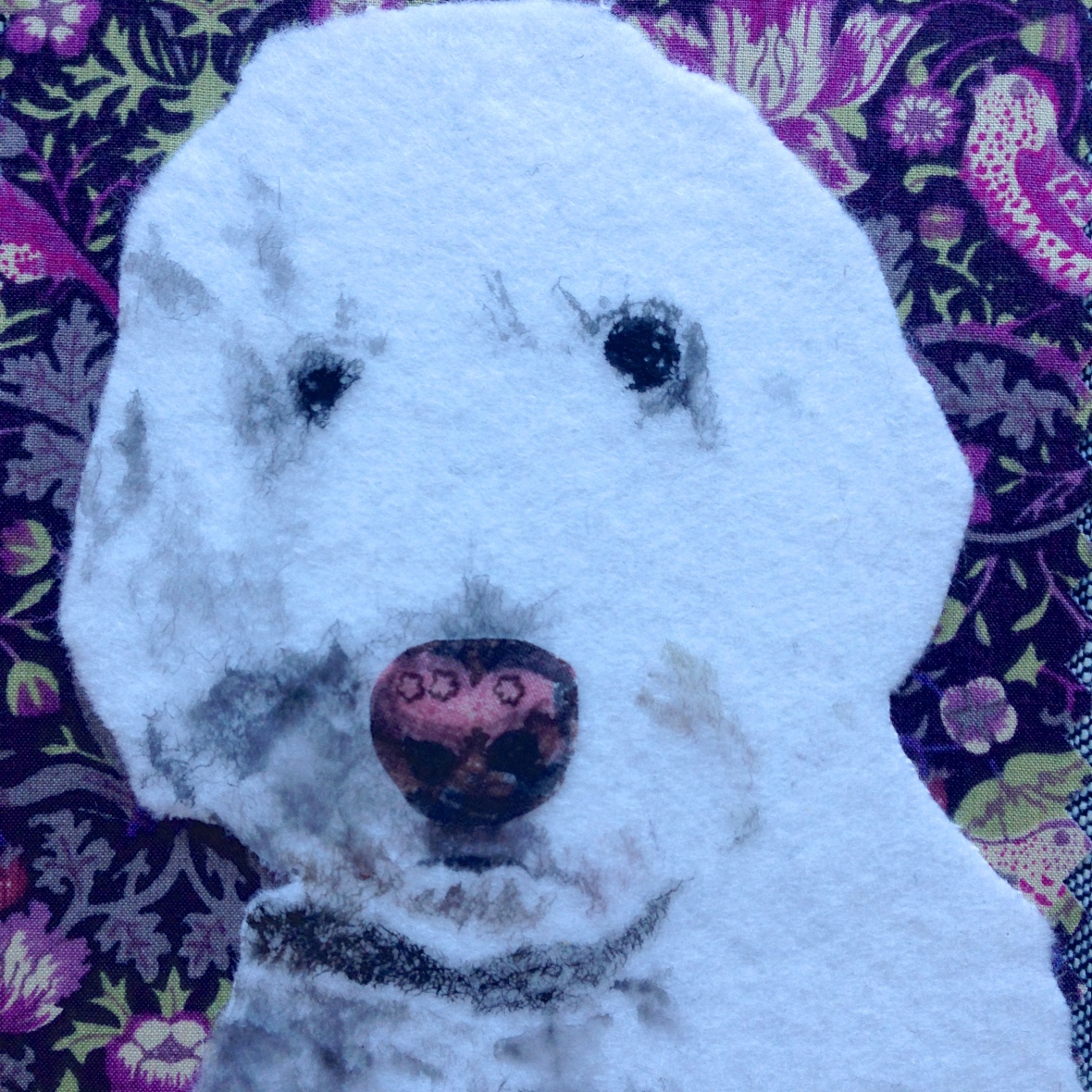 Here he is with some sewn shadows curling through his coat, the first of many, many curls. 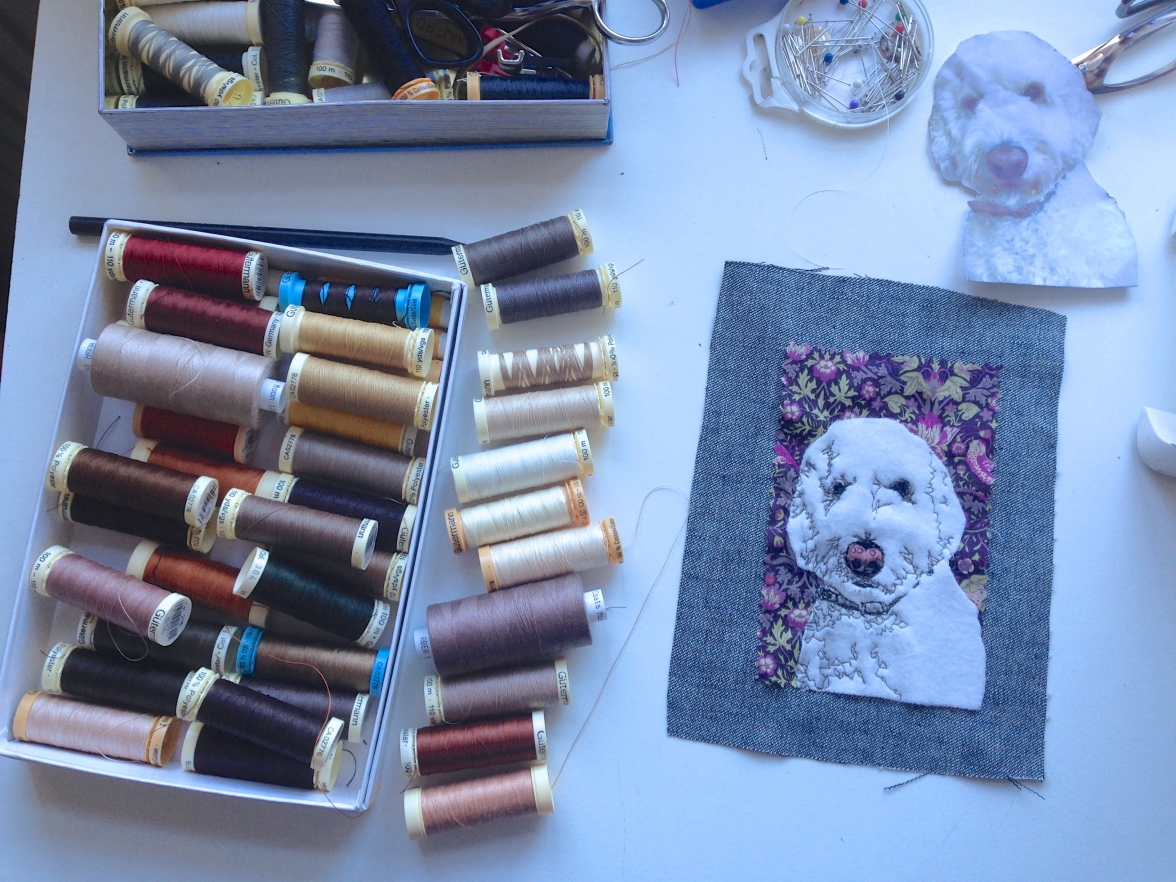 And you’ll have to fill in the blanks from then on, as I appear to have been too busy sewing – there are a lot of stitches in this portrait, possibly the most ever – to take any more photos till the end.

And here is the end: 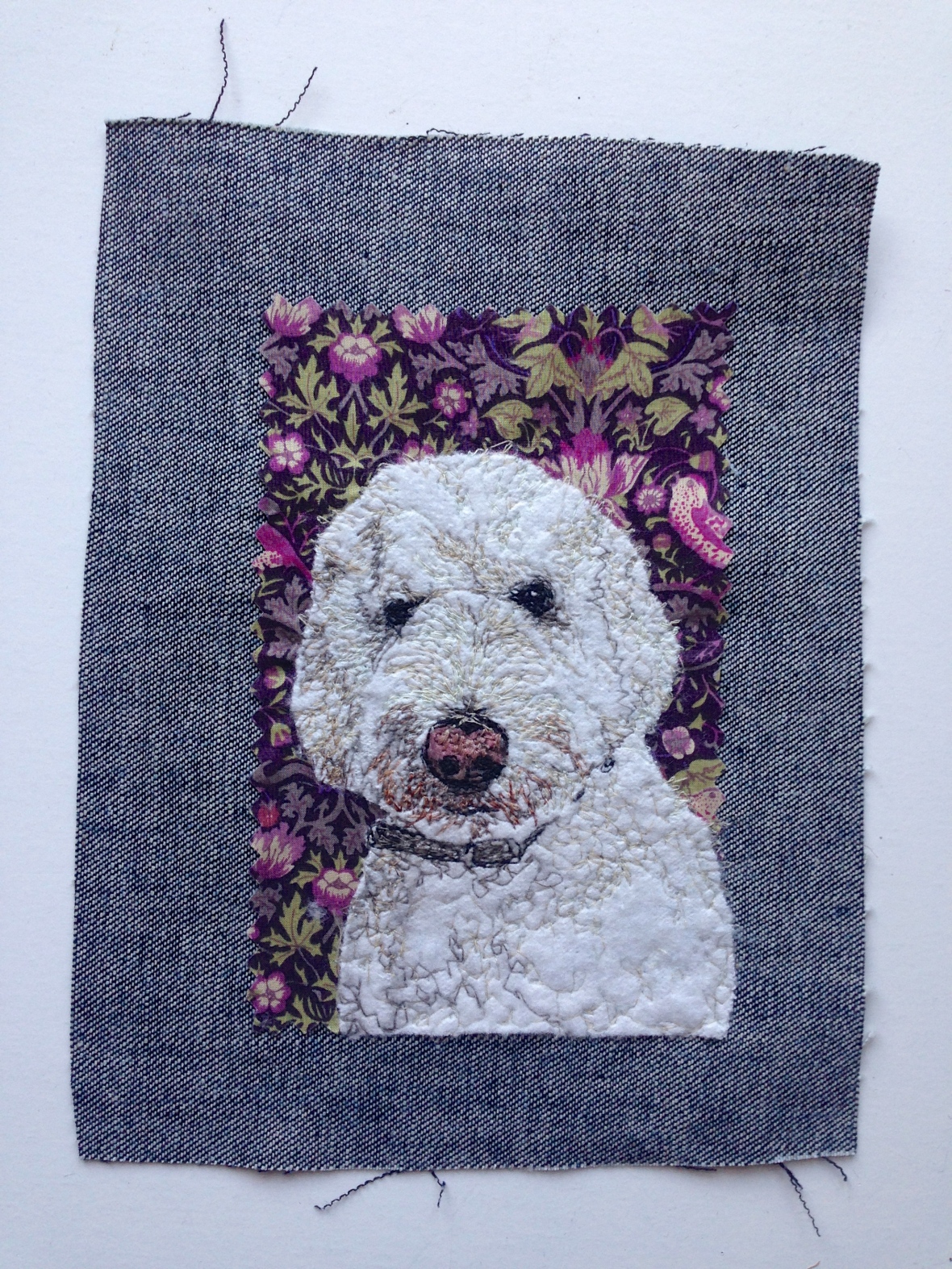 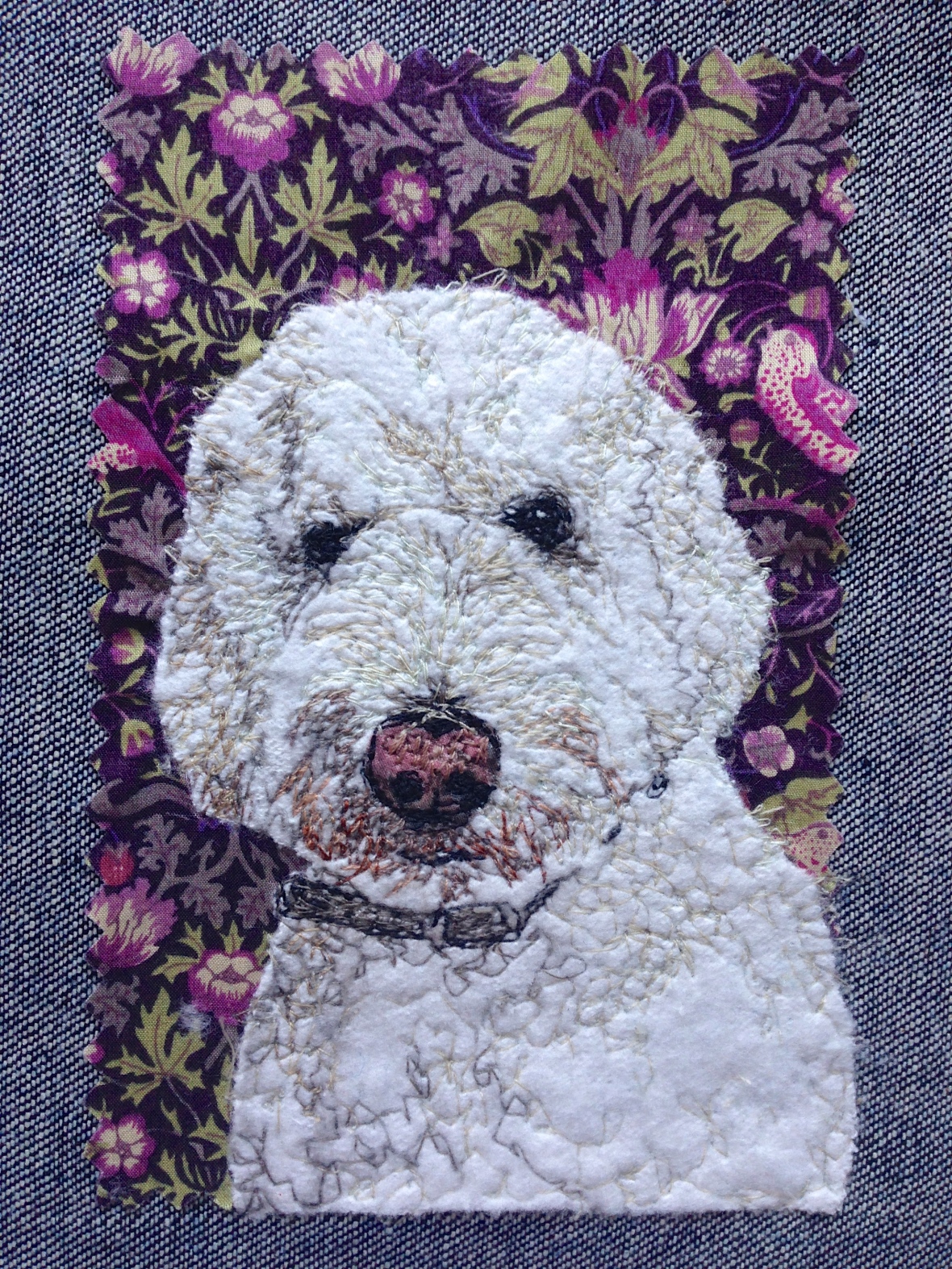 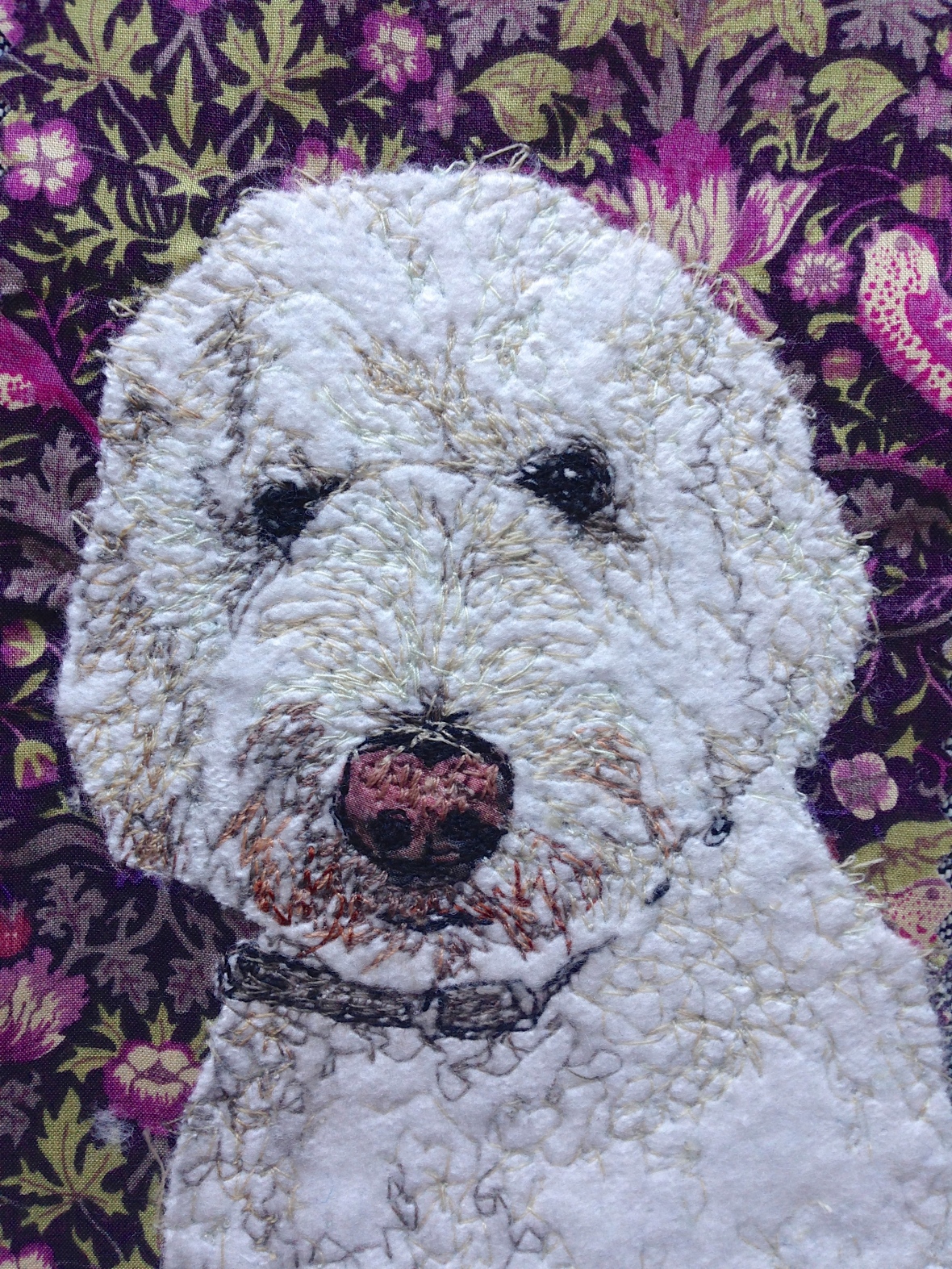 Look how he’s stealing up on us again, getting closer and closer. Any minute now, he’s going to tell us that today’s show was brought to us by the letter S.