Sparrow might be one of my favourite commissions of all time. Maybe I say that every time, and the thing is, although I am capable of tremendous disingenuity  in pursuit of a good line, it probably is true every time. It’s hard to spend that long staring at an animal’s face, without falling, if ever so slightly, for them. Hmm, there’s a thought, I’d better not go to any more life drawing classes, just in case. (That said, I suspect it’s an animal thing, I don’t remember it having been much of a problem in the past. And of course, in life class, I would always try to get the back view – human faces are too hard.) 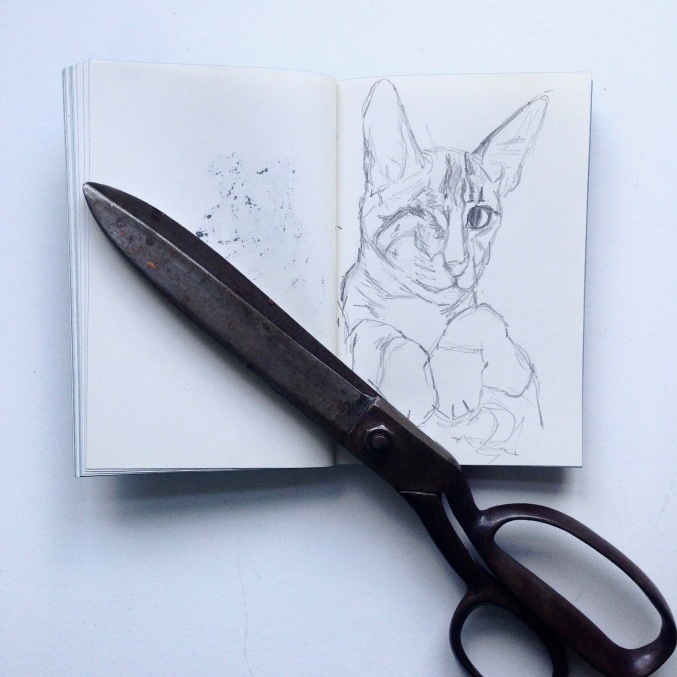 Anyhow – what’s not to love about a rescue cat with only one eye and named (on his Instagram account – I do love an animal who’s into new media) with such élan after a character from Pirates of the Caribbean played with such élan by Johnny Depp. Except that when I started googling for Captain Jack Sparrow, it turns out Johnny Depp has two eyes in all of them. Two. A pirate with two eyes – what’s the use of that? I hereby give up on that film and all its sequels. Even the one with lovely lovely Bill Nighy, who is high up in my list of radio voice crushes – I may have even closed my eyes better to listen to him and accidentally fallen asleep in that one, because I can’t now remember a thing about it. And of course, none of that matters, because my world still has Captain Cat Sparrow in it, a rescue cat with one eye, and a commission from a lovely chap as a secret Christmas present for his girlfriend (how cool is that).

I had my pick of the shots on Instagram – nothing official, because of the element of surprise – luckily Sparrow (or perhaps his owner) is blessed with excellent camera skills and there were plenty to choose from. There was this beautiful one, where he looked like a character in a Beatrix Potter book.

But, a pirate cat shouldn’t look like he is about to roll out a rich butter pastry for a select gathering of mice, squirrels and uncouth puppies. Nor should he be presenting his stomach for a tickle as he does in that first photo (though I was tempted by that one at the start). Nope, what we needed were some battle scars:

He does have the most elegant colouring, and quite the most beautiful eye, doesn’t he?

I popped some guidelines for the stripes, then picked out the thread palette – and it’s a beautiful one. 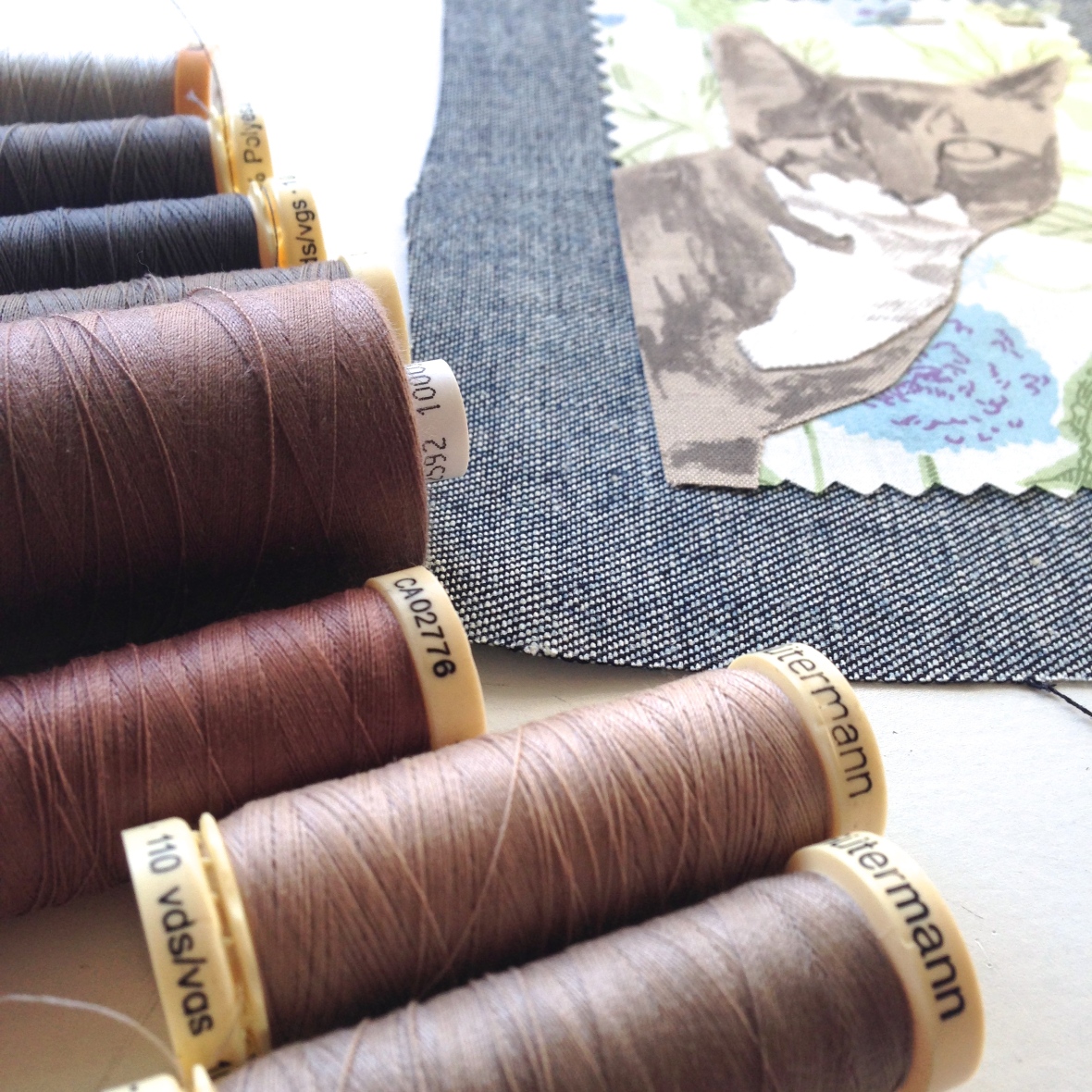 And from then on, it was relatively plain sailing – even so, I managed to ding two needles the way: 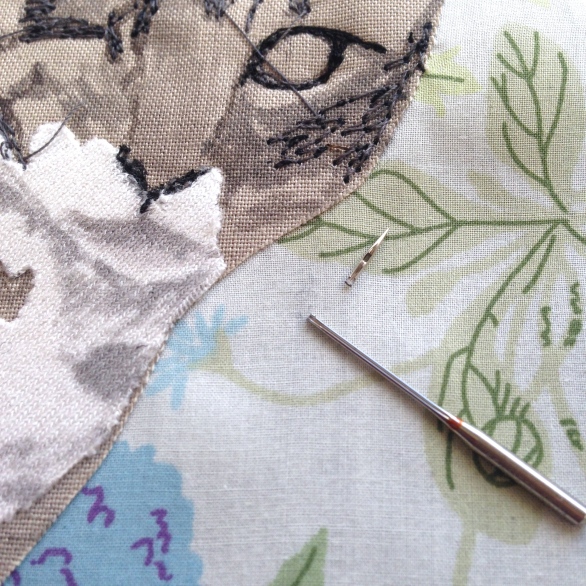 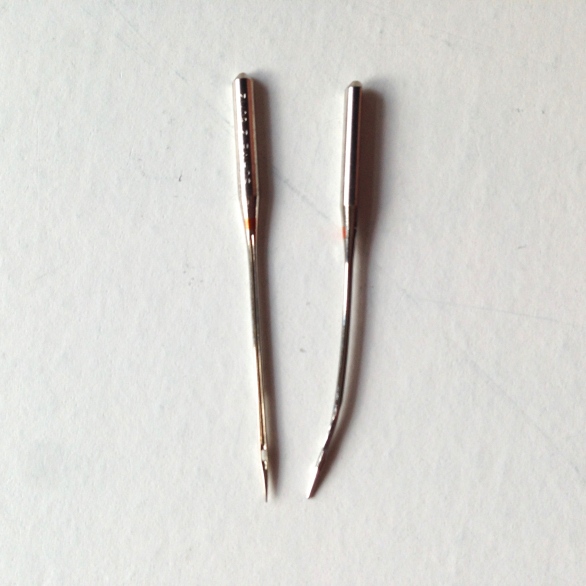 Then we have the before and after eye shots – my favourite moment (though I seem to have broken my rule of getting the eye right first before going on to the rest). 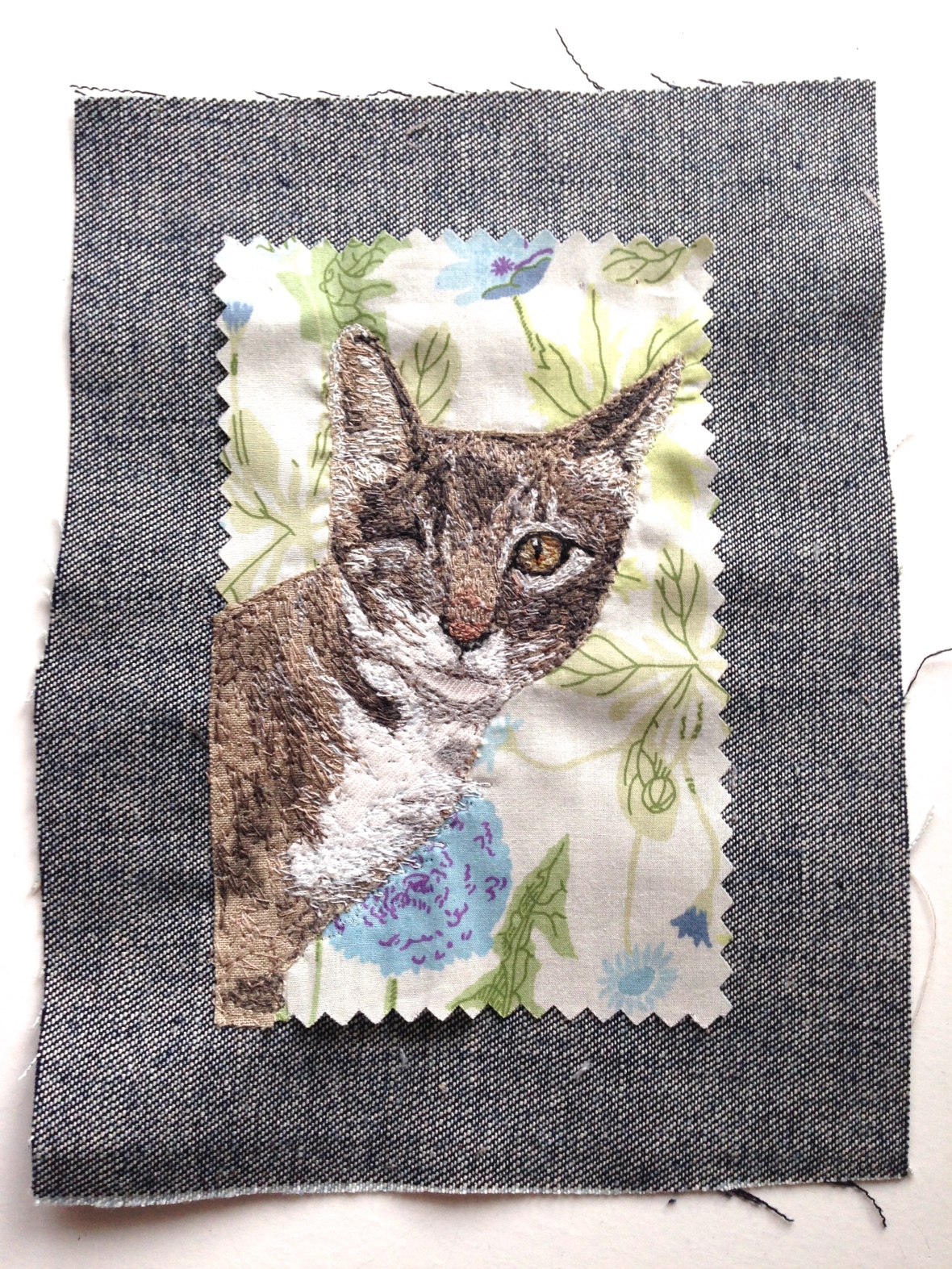 All done? well, not quite – I should run a spot the difference competition to see if you’re still concentrating. 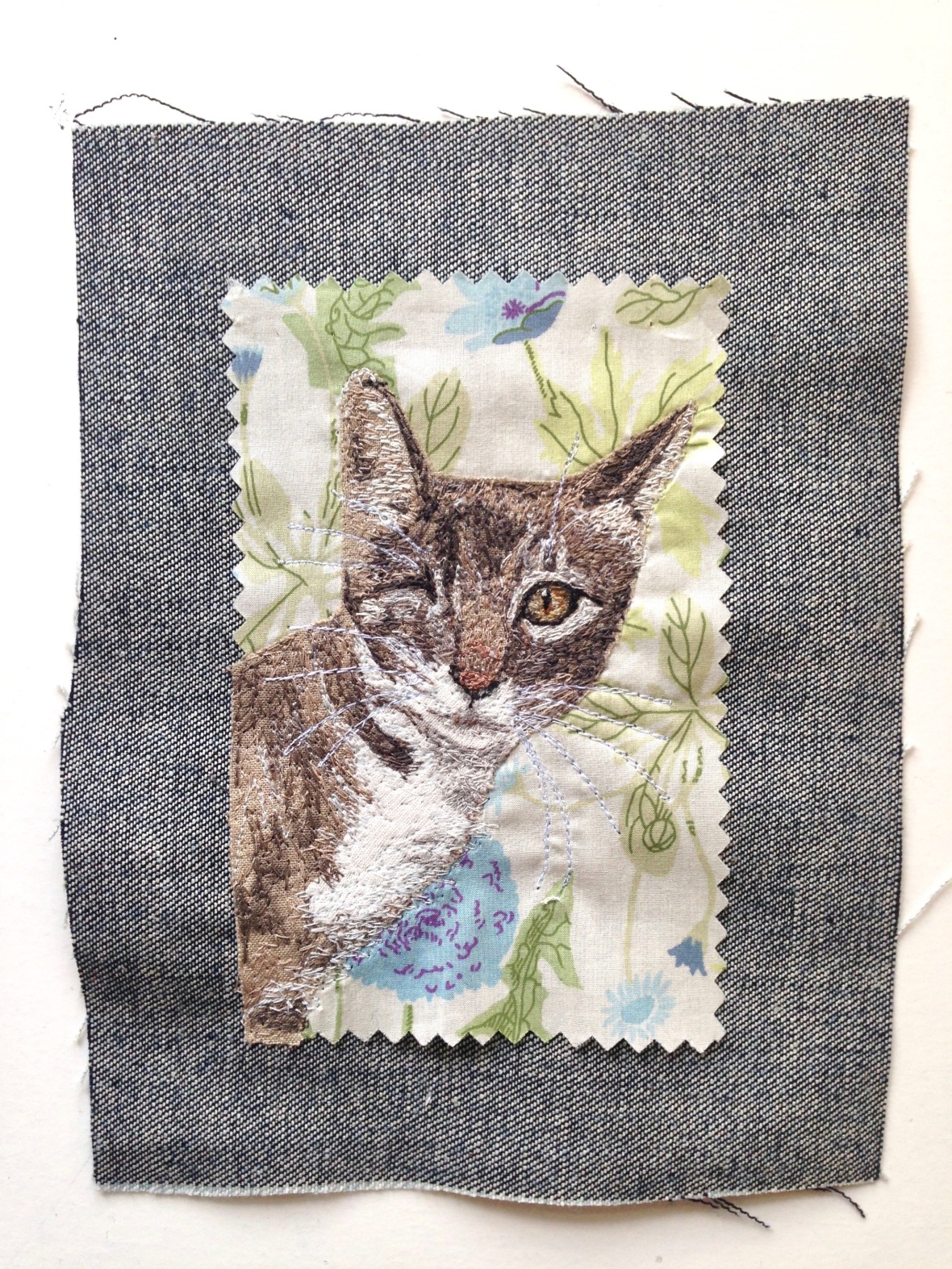 There – the cat’s whiskers.

Look at that eye – I love it. Would it be so special if there were two? There you go, a textile thought for the day.

And then Sparrow enjoyed a photo shoot. Well, I enjoyed it, anyway. 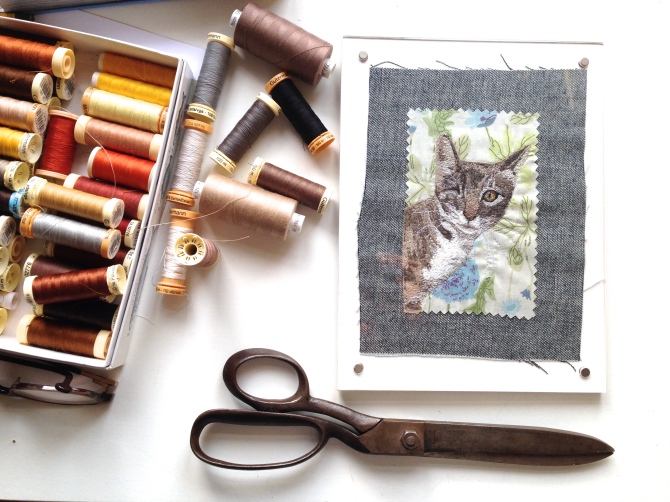 One thought on “Captain Cat Sparrow”