Today we can open the first Christmas dog of 2017: the Marvellous, Magnificent, Magical Monty. 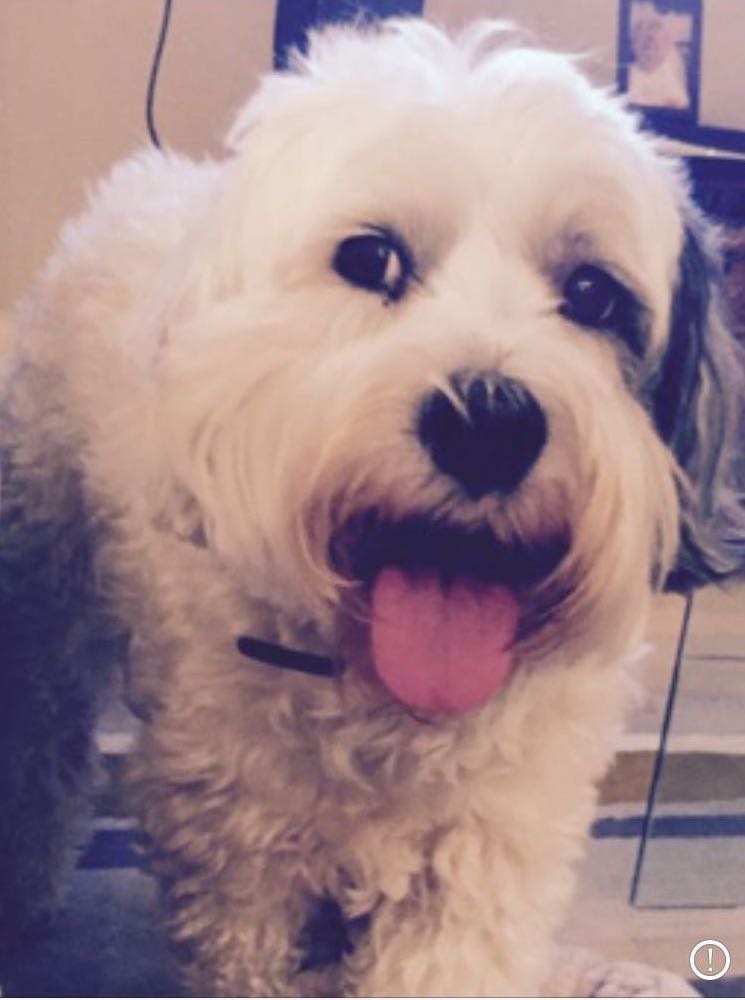 Ok, so I actually don’t know if he did literally have magical powers – but you can tell he was marvellous and magnificent, just by looking at him.

He also has the look of one of those uber fashionable cross-breed dogs. I forgot to double-check with the owners, but I’m happy to make an educated guess. [Things are going to get quite technical here – if you get lost, just have the Kennel Club website open alongside, and you’ll be fine.]

OK – here goes: there’s a lot of what we in the trade call “fluff”, also a fair dash of “scruff”, and for the last third – it’s either Muppet or Teddy Bear. I’m not 100% sure. Muppet would work best for it’s alliterative neatness – a Marvellous, Magnificent Muppet – and there is something about the pose that reminds me of Animal.

But, no, on the whole I suspect Monty was what we experts would call a “Teddy Bear” through and through. I hear he made a frequent 5th on the sofa for movie nights, for example, and that’s something I can’t see Animal doing quietly.

We have to be a little careful in choosing our bear, though, as there was a touch of Hollywood star about our Monty. You have to imagine him as more Paddington bear after the success of his recent films, than a humble any-old Edward bear stuffed down the side of the bed. Turns out Monty loved a good spa day, ending with a full on whirlpool bath – for his hips, so he told his owners, but I wonder whether he didn’t just like stepping out of the salon in style, all fluffy and gleaming, like a cross between an oversized bag of cotton wool, and Marilyn Monroe standing over the subway grate:

So that’s how you have to imagine Monty – leading his troops through the day, with a series of commands communicated in his own language of bum wiggles, howls and hums.

Can all that go into a portrait? Well, the photo they chose, was a pretty good starting point.

And here goes – from bare bones (aka first sketch) to full on poofed-up bag of fun: 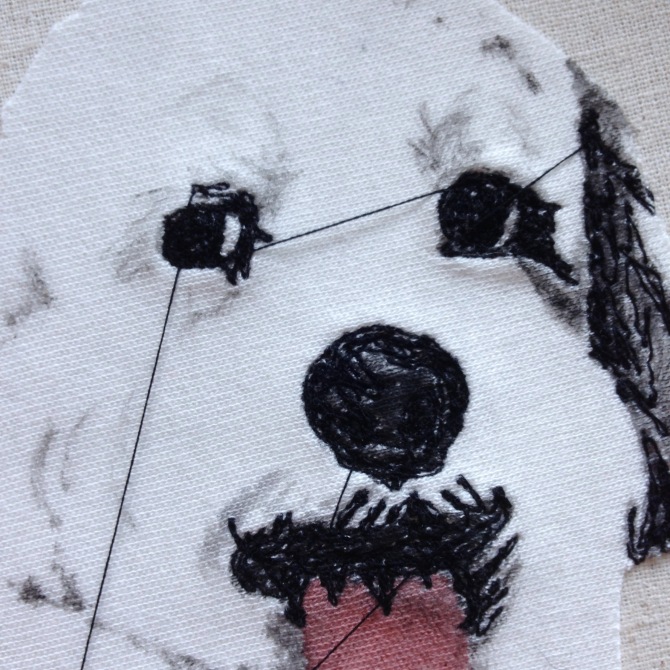 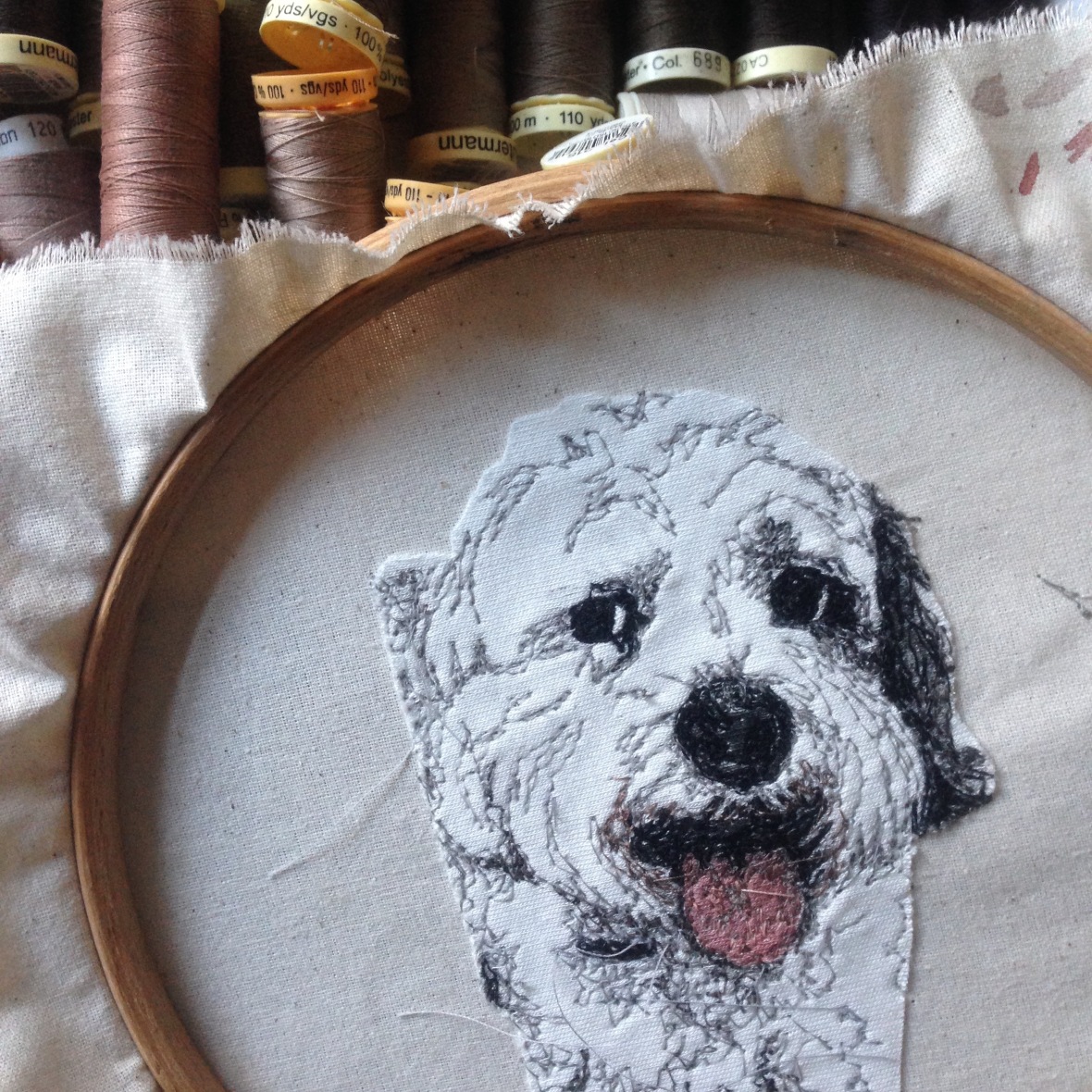 There’s the all-important tongue in, now for yet more fluff. 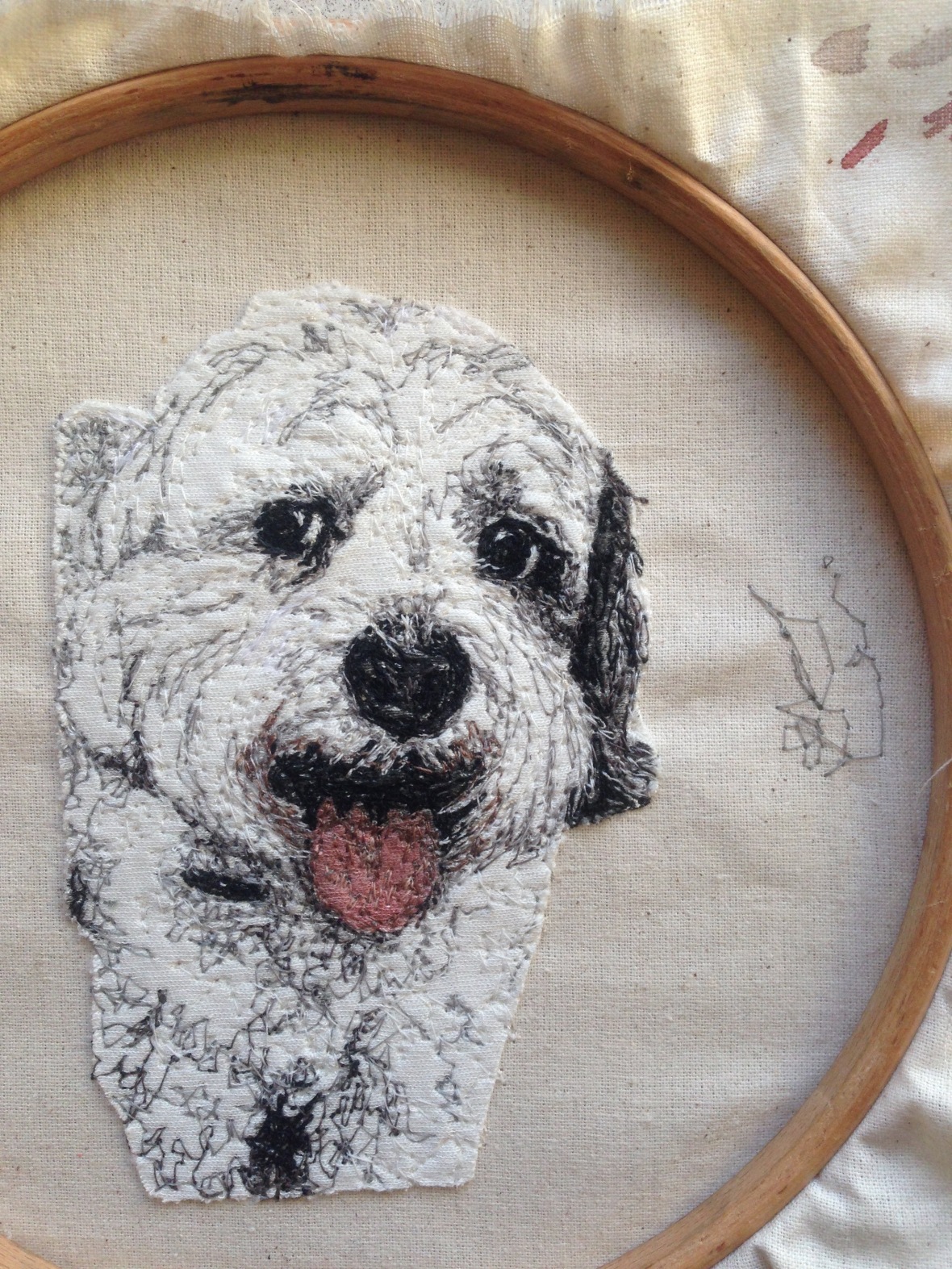 There we go – the highlights in the eyes too – that magical moment, when the character floods in. I love it.

But even more, I love this sneaky behind the scenes shot:

He looks so sweet from this side, don’t you think. The eyes seem a little bit more questioning – the powder-puff general who is suddenly the teensiest bit unsure of himself.

“No … wait… was it such a good idea to roll in that muddy patch … it’s not going to be shower-time when I get home again, is it? Wasn’t that yesterday? Surely this bit of mud isn’t dirty like the others, is it? It smells so good!?!!!”

And here he is: all done.

All hail Monty the Magnificent.

And a very Merry Christmas