Well, three weeks in, and the new season and new school year has finally sunk in, with all its mists, mellow fruitfulness, sharpened pencils, and crazy self-hatched plans for filling the hours and hours that I always imagine will stretch before me. The fact that it took three weeks to notice that I had all this free time, should indicate to anyone out there with half a brain that it might not exist, but hey, the glass is half full, and the sewing machine beckons.

I won’t drag out the introduction – for fear that it last longer than the challenge – it is enough to know, that I have decided to commit to fabric that great classic of the Western Literary Canon: Dog Breeds of the World. I have decided to attempt things yet unknown in calico or Gutermann, and work my way through the book, dog by dog. 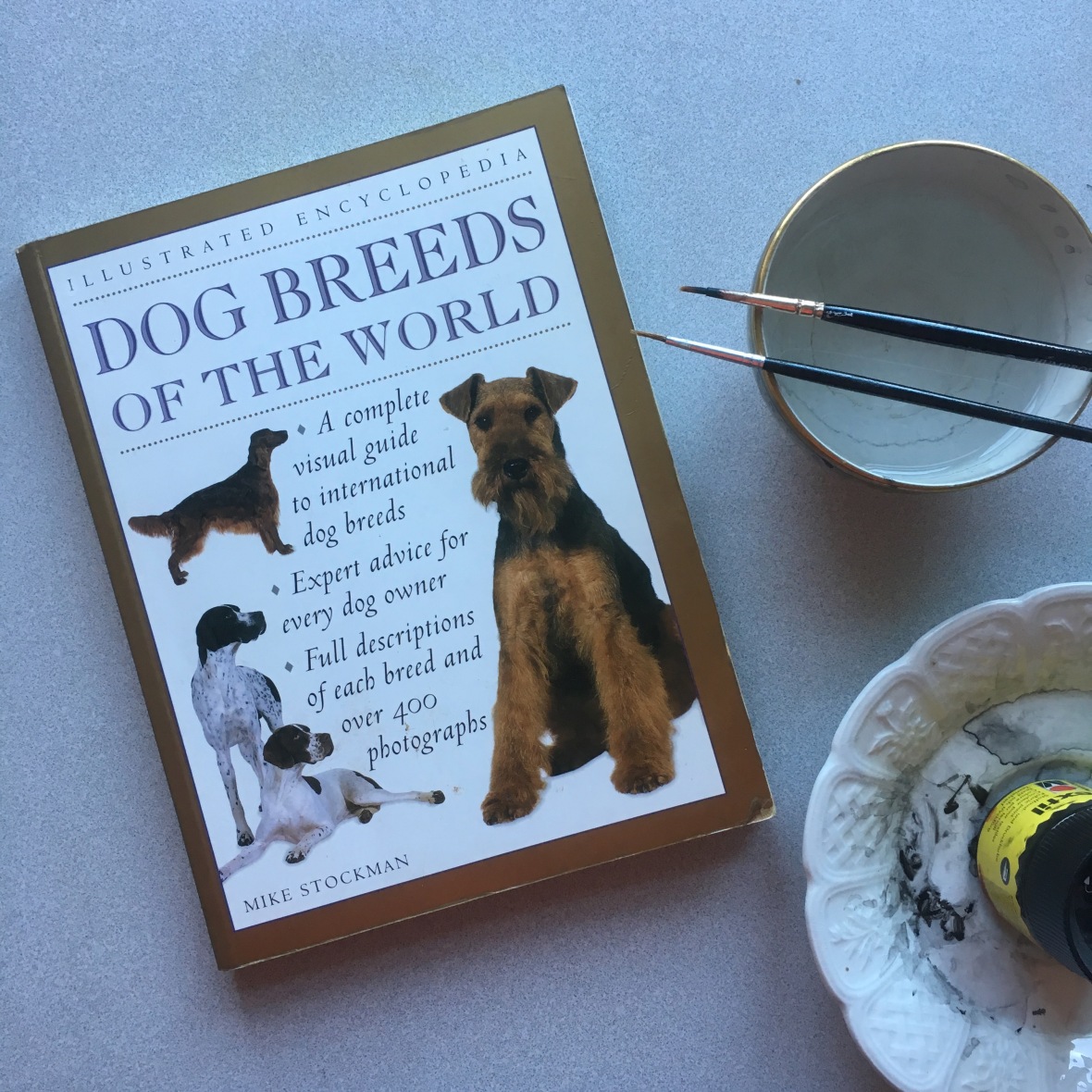 Dog Breeds of the World. I love that title. There is a grandiloquence about it that I find irresistible. You have to say it in the voice they used to announce the PIGS IN SPACE segment in the Muppet Show. DOG BREEDS OF THE WORLD!!!! I have yet to find it’s obvious companion volume: DOG BREEDS OF THE MINOR SPIRAL ARM OF THE MILKY WAY, but when I do, I’ll be snapping it up, no question.

So, one sketch every day before getting on with anything else. 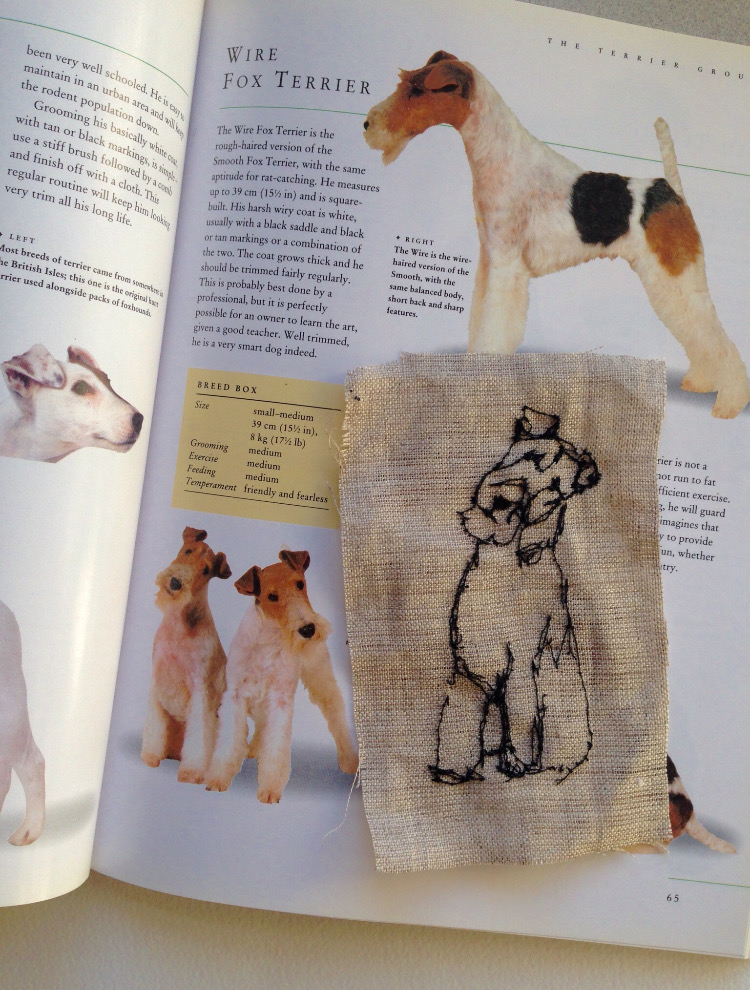 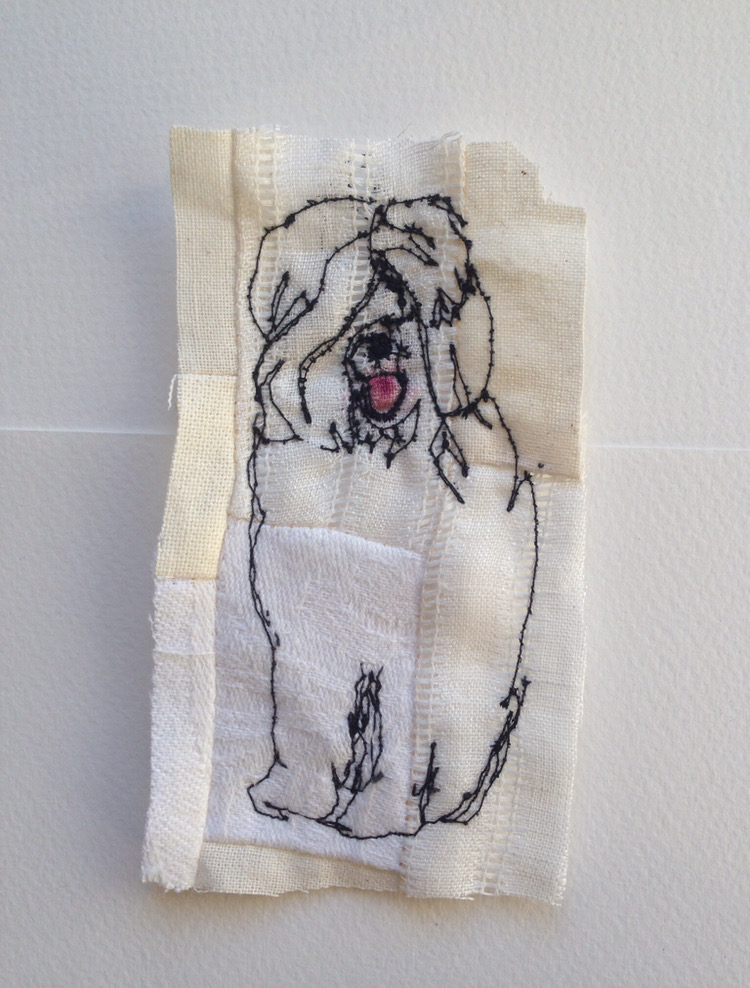 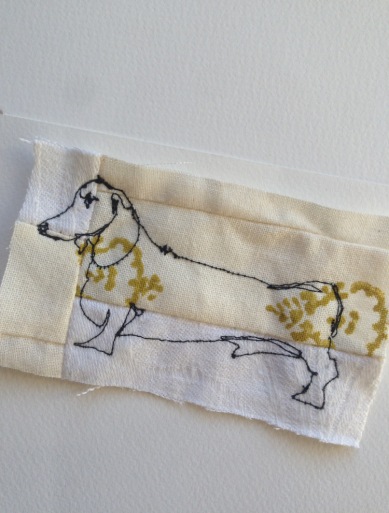 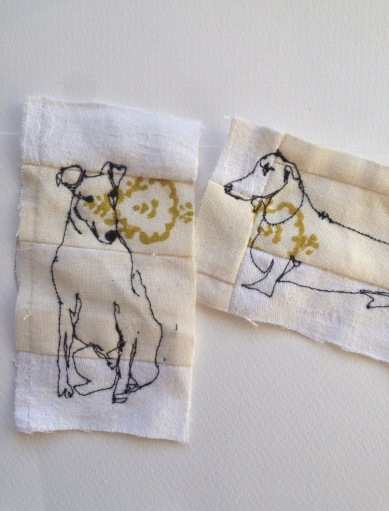 but it is the first time I have had the idea for more than one day – so I count that as a triumph.

I started at the beginning. A is for Afghan Hound. And as with the Fox Terrier above, I went completely free-style – no sketching first, just sewing – so it’s a little wonky: 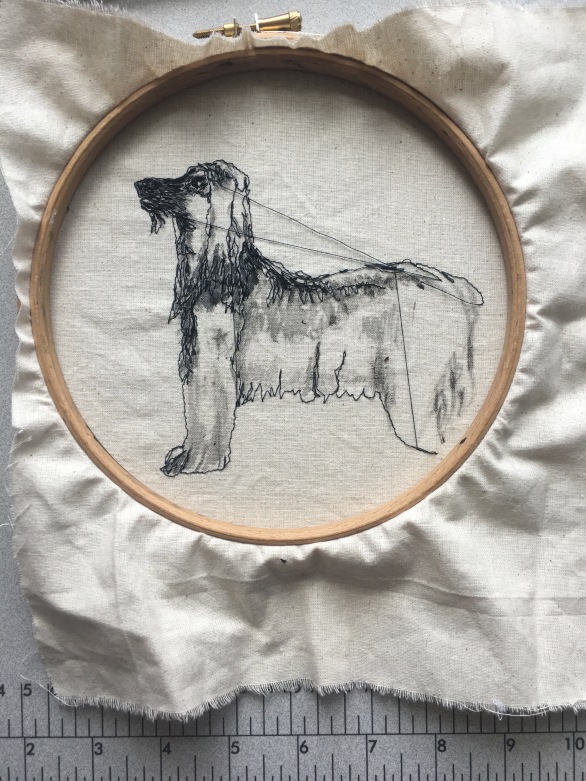 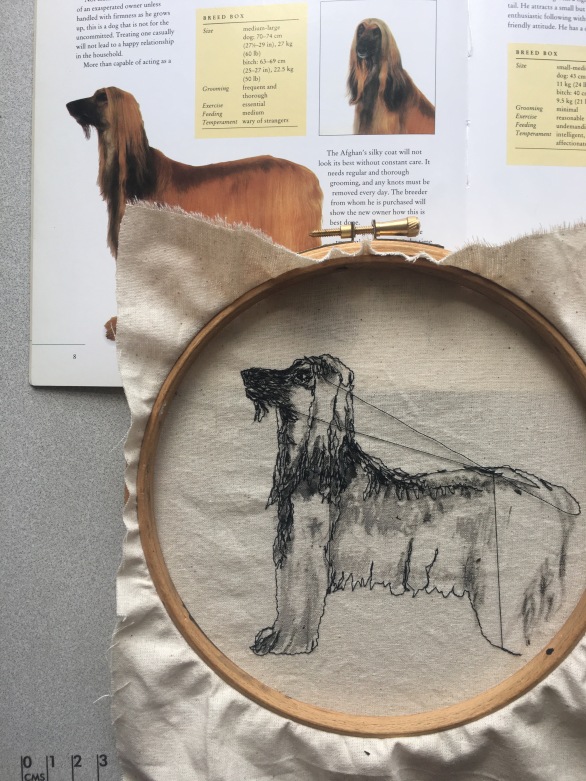 And it outgrew the frame. It’s breath-holding stuff – sew-sketching on a blank canvas – and I’m not sure what I was trying to prove by it, so I allowed myself a quick pencil sketch for the next one, and the next and the next, and they have pretty much all stayed put in the middle of the frame from then on. 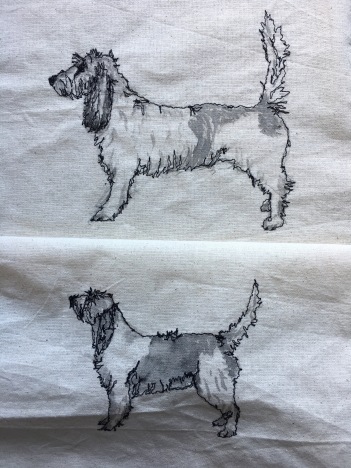 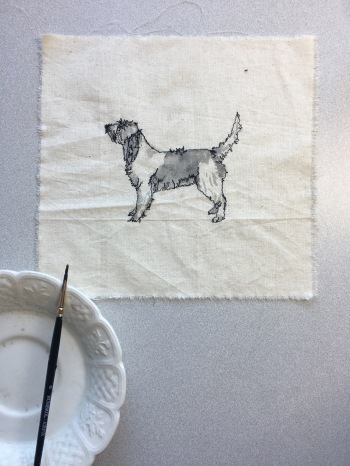 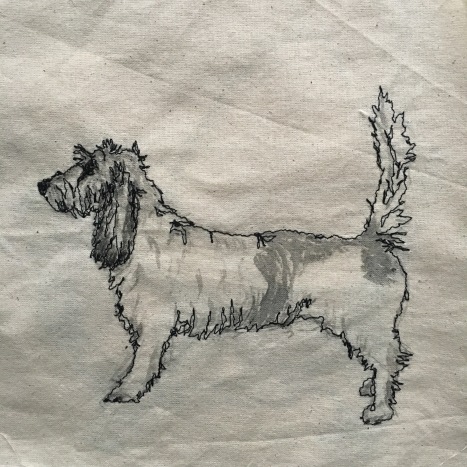 Once sewn, I painted in some marking and shadows with watered down fabric paint.

These were a couple of Basset Griffon Vendeens, a Petit and a Grand, and I must read up about that name. There’s an edge of Harry Potter about it, but I suspect the Basset Griffon’s got there first. 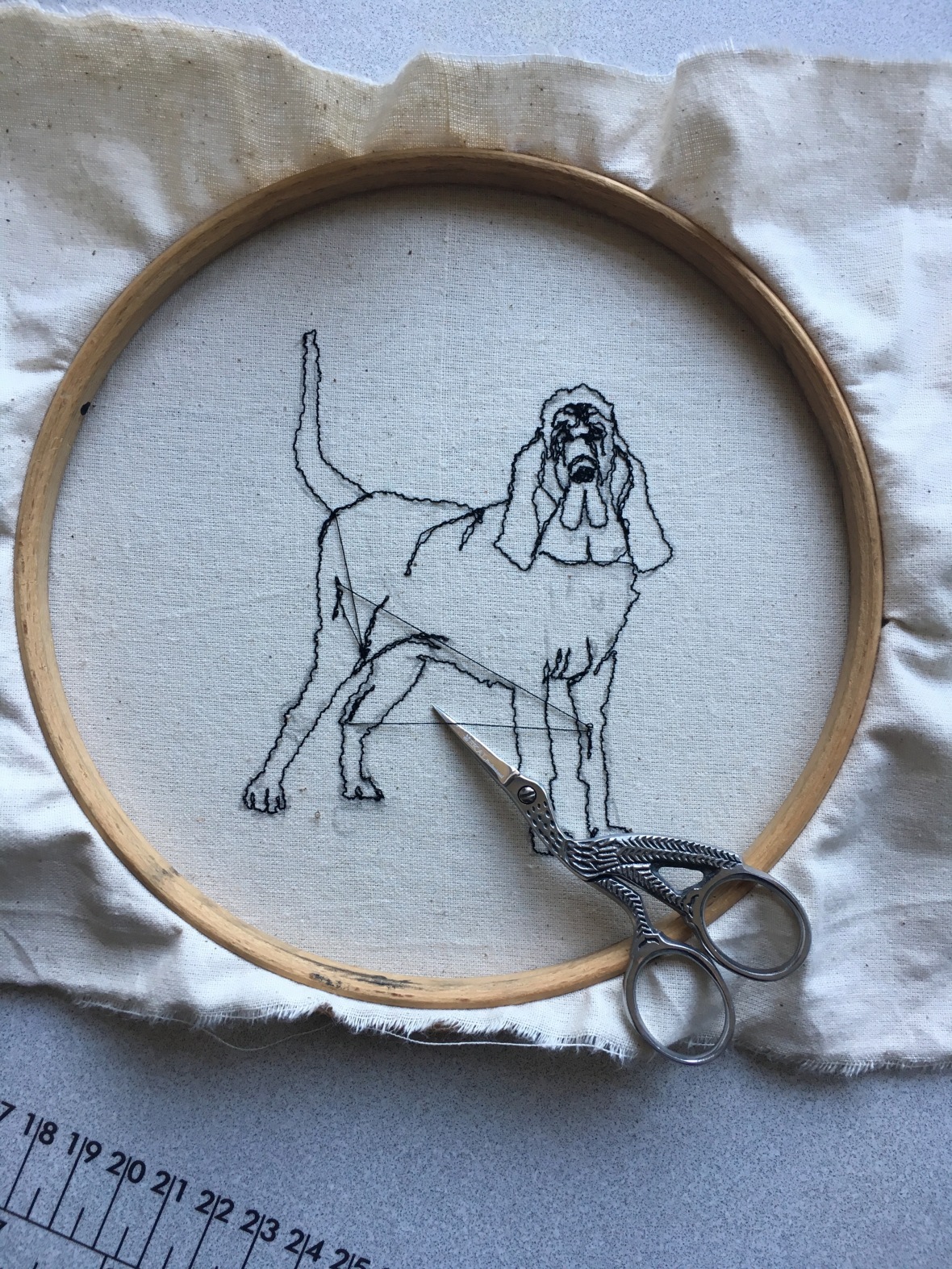 And with the paint: 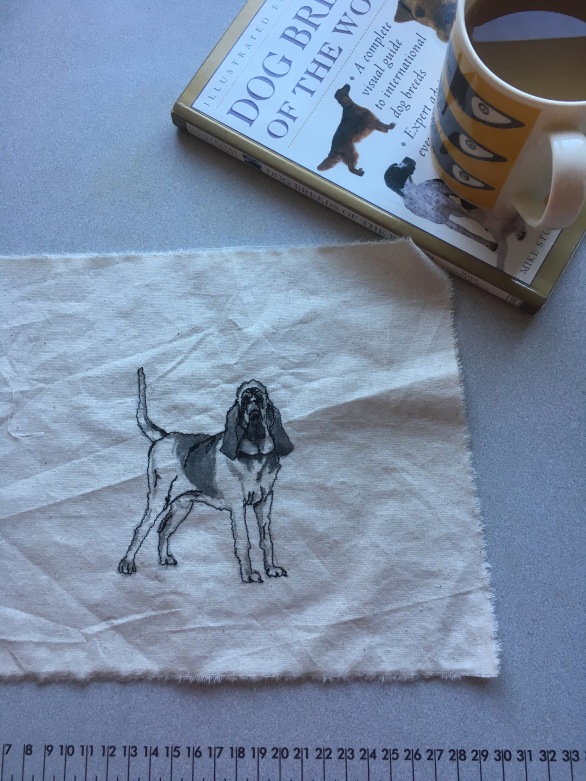 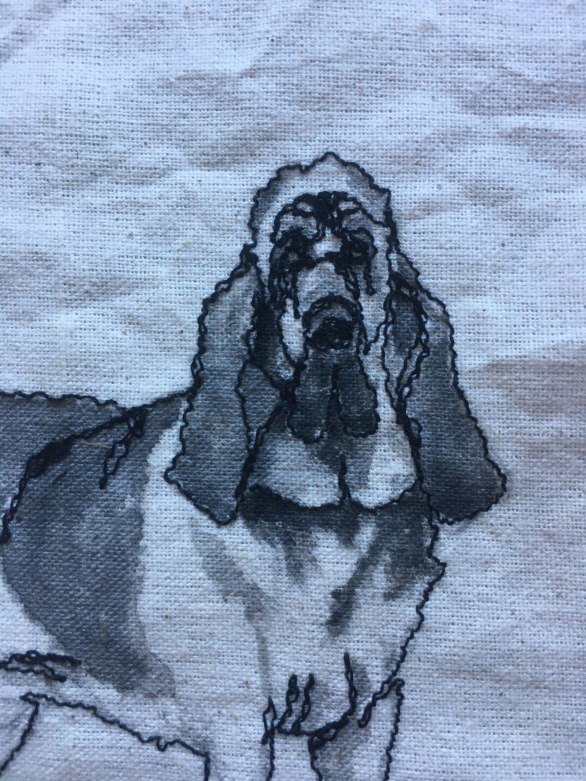 If you want to follow the project – which I have ambitiously and variously called 100Dogs or 100Sketches – I’ll be posting them on my Stories on Instagram. I’m hoping to make it to at least 10 this year! If I get to 50, I shall rename it 100 DOG BREEDS IN SPACE!!!!!

Here’s today’s. He might be my favourite OF ALL TIME: 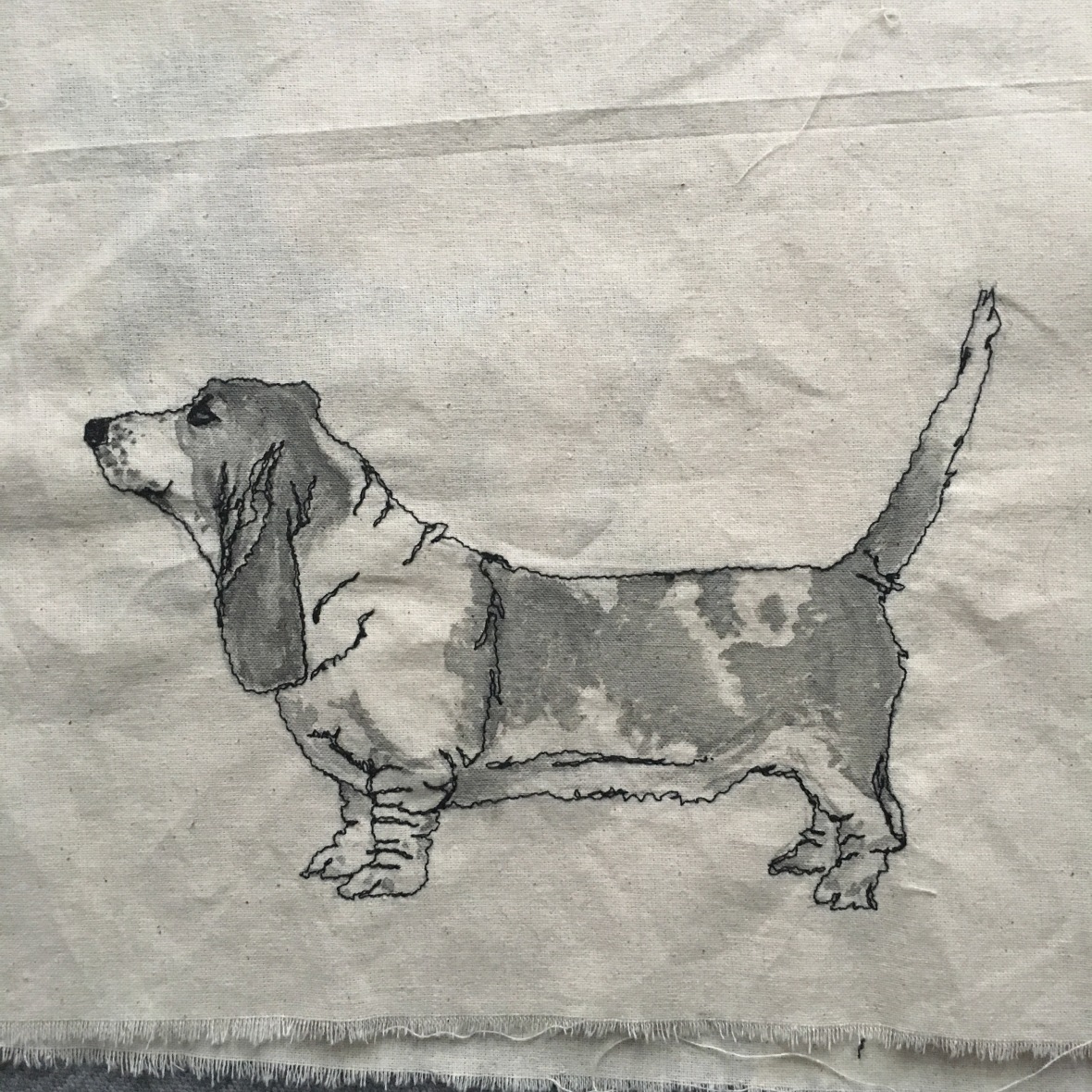 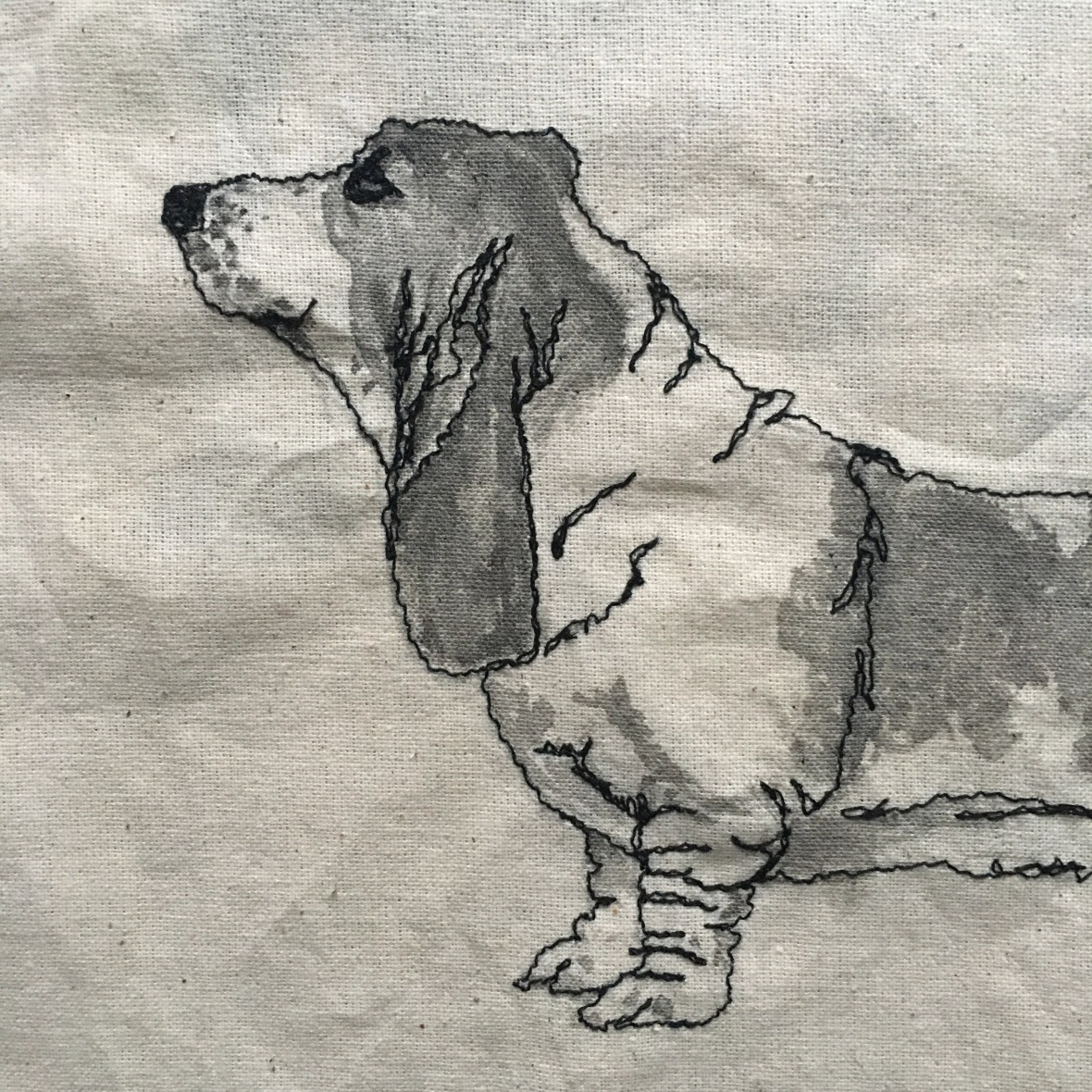