At some point, late in January, I began to think about that whole January resolution thing. It gets a lot of people quite excited. Not wanting to be left out, I decided to make some of my own.

The first was to make lots and lots of wildly implausible resolutions, like I do most years.

The second was to keep a daily sketchbook, alongside my other sketchbook, and the backs of envelopes pressed into service as patterns for the portraits.

I’m afraid I failed at the first resolution, but the second, I managed to keep for the statutory 2-3 weeks (I am right, aren’t I, in thinking that New Year’s resolutions must be entirely dropped beyond that point).

And, at times, if not daily, it goes on.

Below is the sketch which opens the book. The very first day, January 20th: dogs and dog walkers. 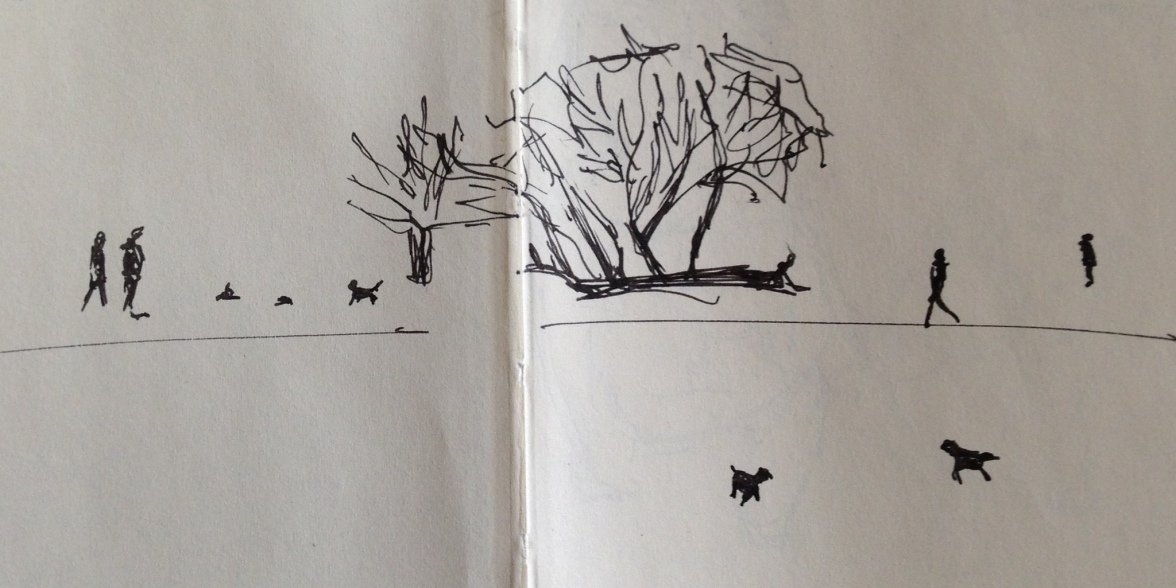 and from then on, the people vanished and the dogs got bigger.

And here’s a recurring star – Ollie. I must be spending too much time with his owner.

All these sketches are done from photographs. They’re not the greatest posers, dogs; unless you catch them at the right time of the afternoon …..