The following is not a portrait of Hammy the Hamster. Very much as Magritte may have denied the pipe, I deny Hammy. [I wonder what it is about Hamsters that set me running into the arms of surrealism (it happened with Flame too). Are Hamsters inherently surreal? They’re not even particularly French, as I understand it.] 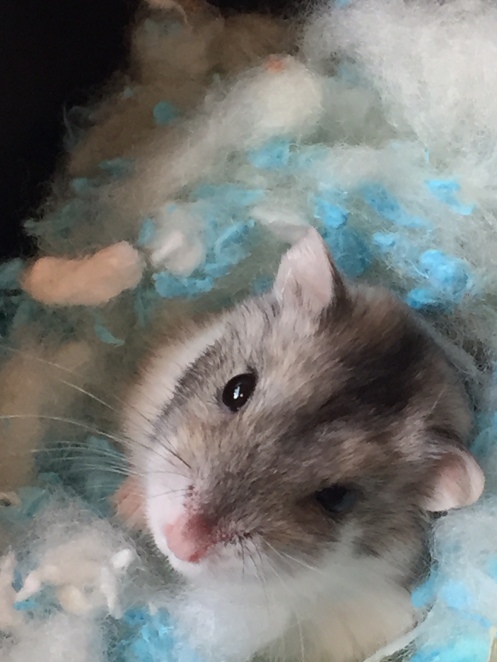 Anyhow – this is not Hammy, but I’m guessing my Hammy, my first pet, looked a little like this.

Ah, Hammy, my first pet. I nearly said first love, but my memory doesn’t extend to that. I know I had a hamster, I know I was bitten by a hamster (I’m not saying Hammy bit me, but you may draw your own conclusions). I also have a memory of a growing regret at the drear awfulness of Hammy’s name, and a sense of how much better my older brother did when he named his budgie Ringo. But I was a creature never wary of stating the obvious: thus I had Teddy the teddy, and Hammy the hamster. It’s a wonder my children have names.

Anyhow – I haven’t any pictures of Hammy, but when my friend showed me this picture of her new Hamster, my thumbs started to twitch.

And the rest can be told in pictures: 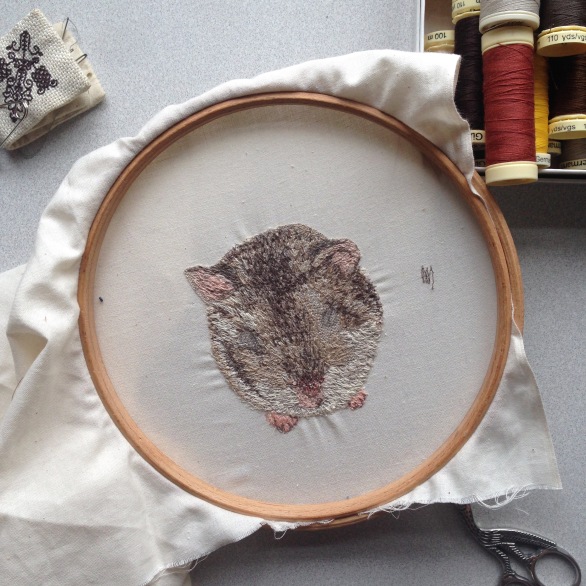 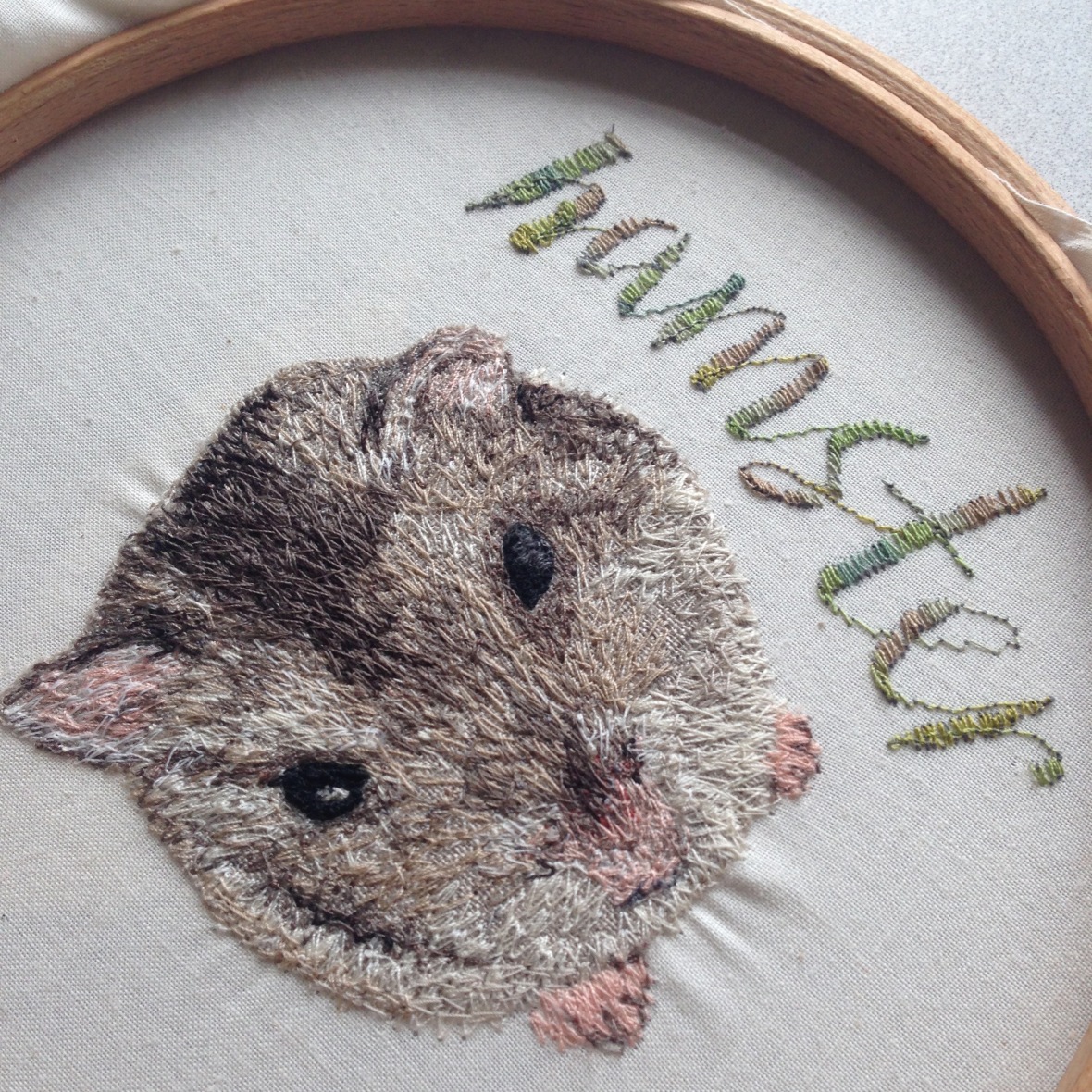 [This was me, messing about with my newly-bought colour-changing thread and new sewing machine – but it’s telling, is it not (grace à Magritte et al) that I chose to label the picture.]

Finally, some Liberty print to finish it off:

And it’s Skittles, by the way, the hamster’s name – presumably in the sense of being as sweet as, rather than being as ripe for knocking down. I shall have to ask …

2 thoughts on “Hammy the Hamster”