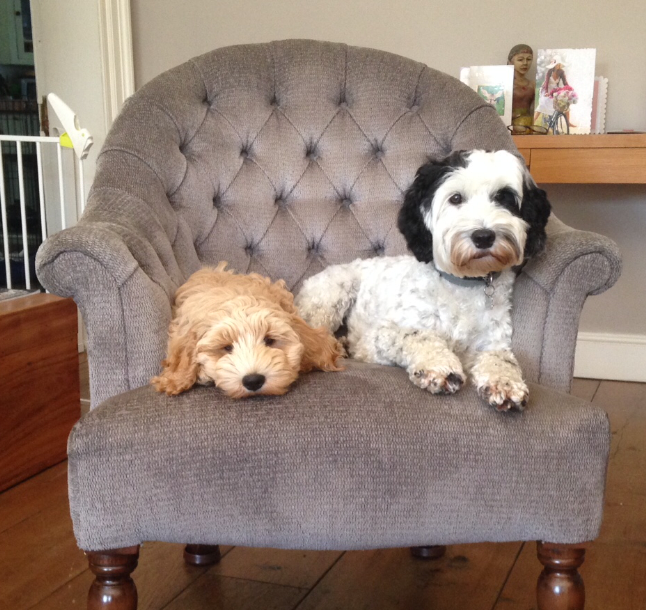 Last year, Harry was taken on as a companion to Lottie.

I suppose he winds her wool for her, helps her with the crossword and reads Pickwick Papers to her of an evening, that sort of thing. 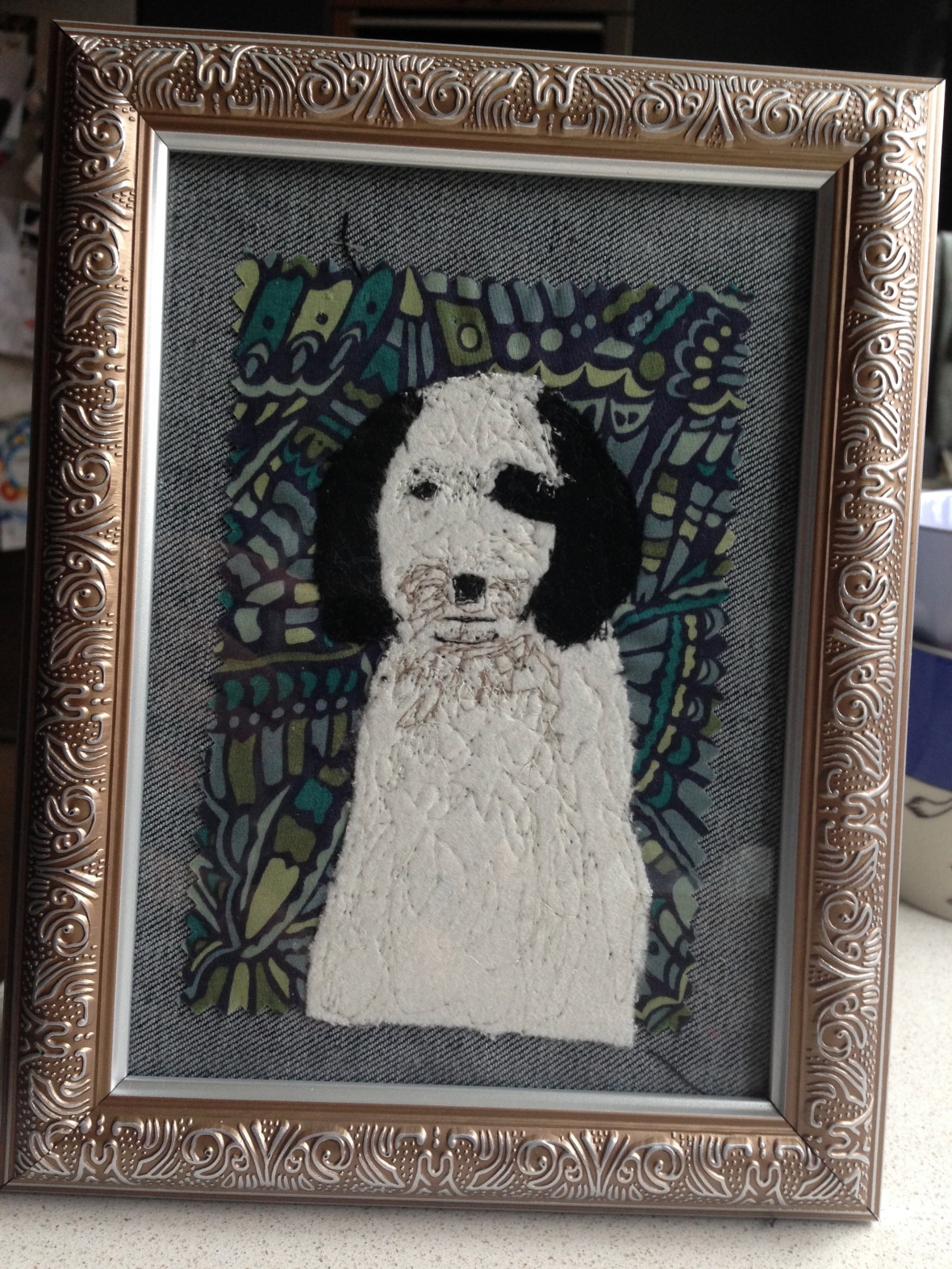 With her gorgeous eye-patch, Lottie is always Lottie – it’s hard to disguise so distinctive a face. In contrast, Harry, her companion, is a dog of a thousand faces, sometimes more than one in the same day. Take these two photos, before and after shots, on a recent haircut day: 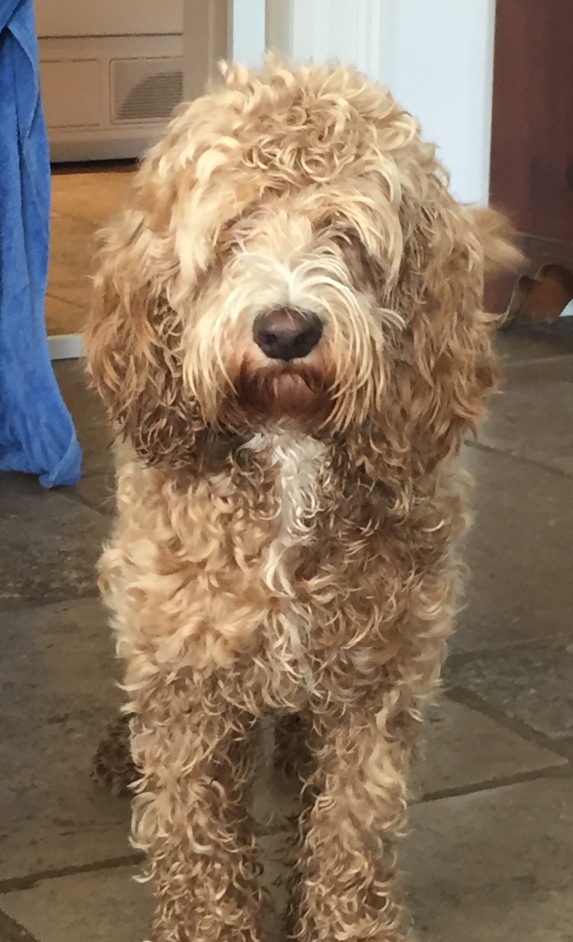 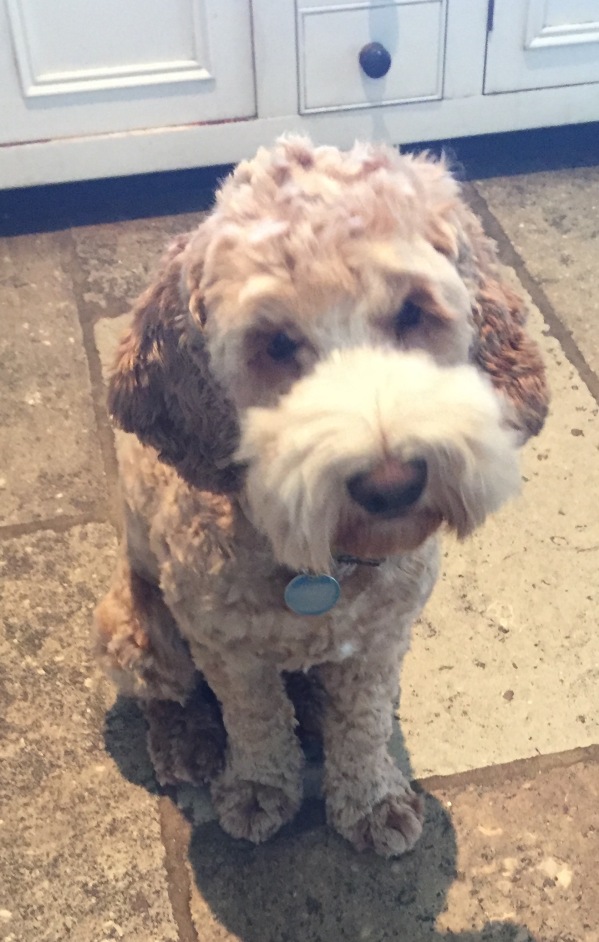 The same dog? I don’t think so.

More than this, Harry can, along with most -oodle mixes of my acquaintance, disguise himself as a soft toy: 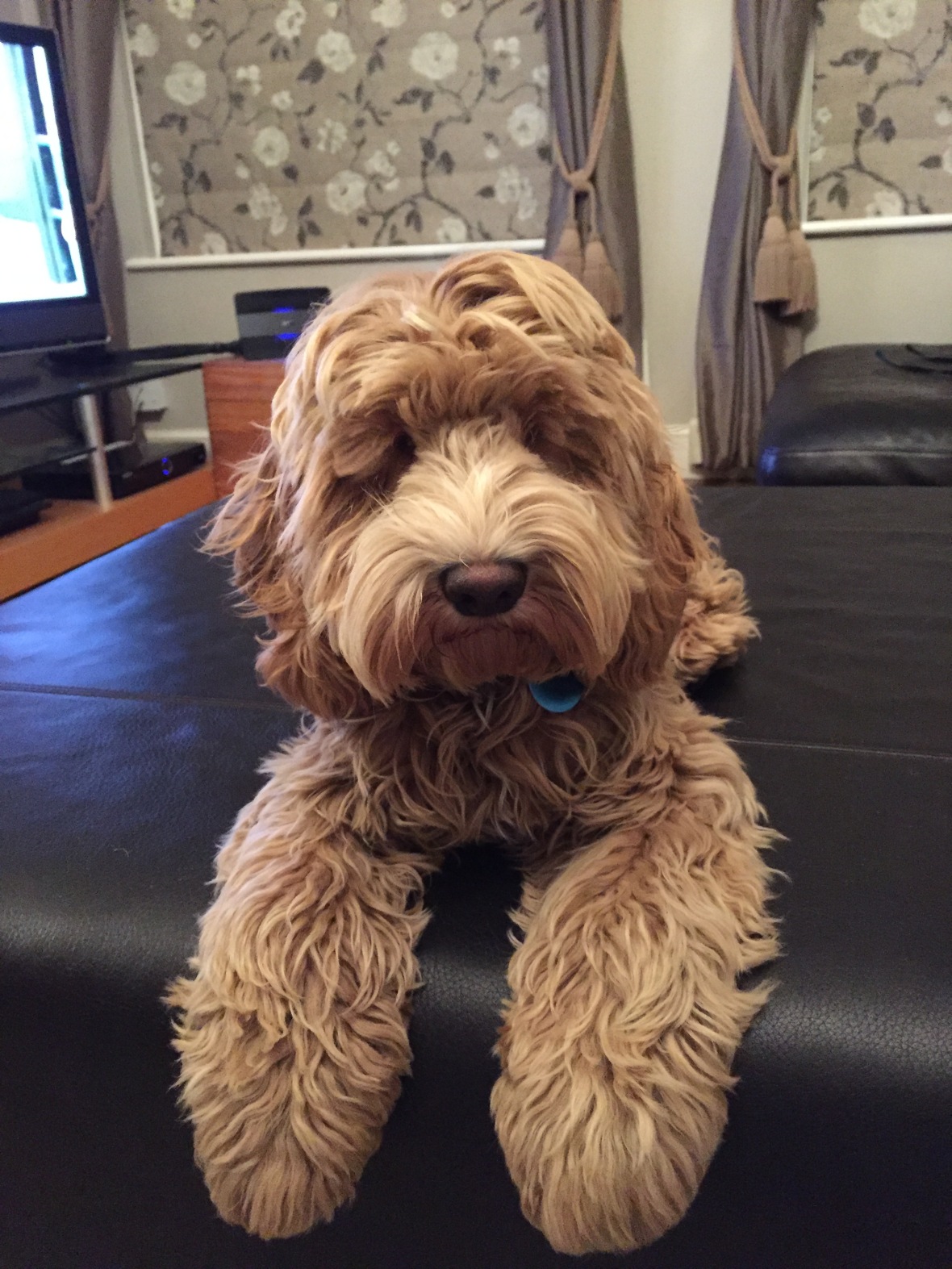 Look at the way those paws drape over the sofa – not a bone in them, I’d say.

He can also pass as a Muppet. 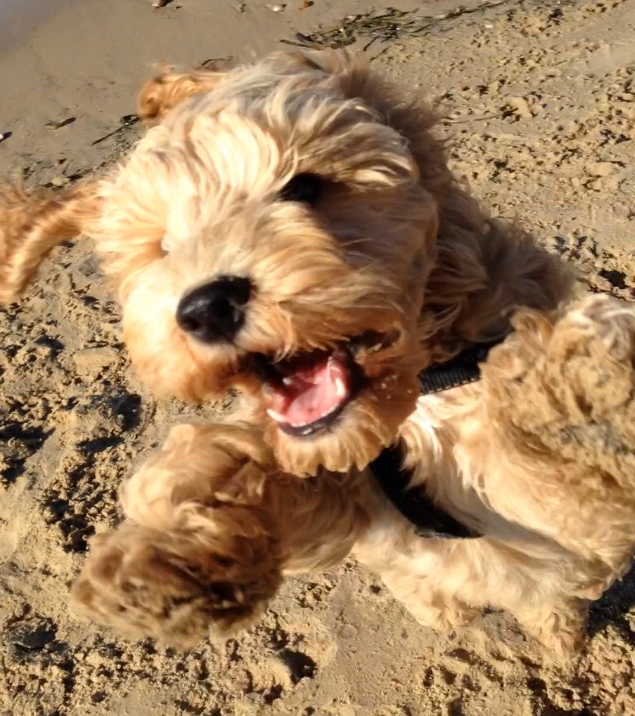 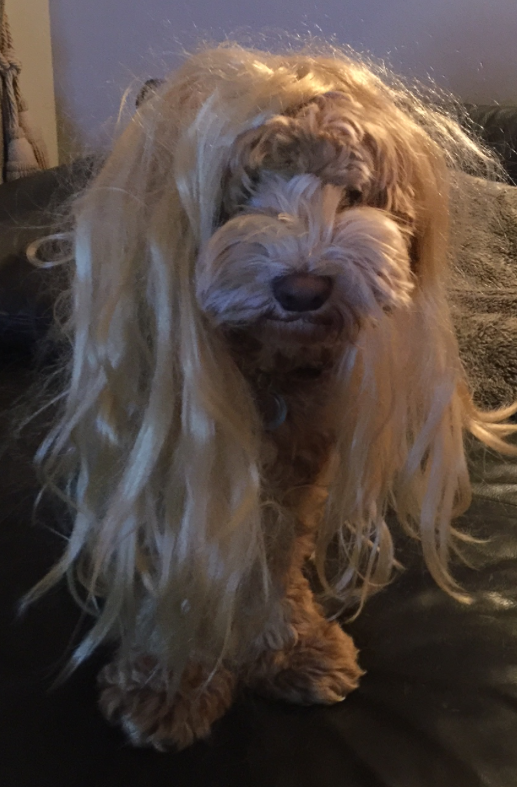 But in the end, we had to choose just one Harry, and plumped for a festive one: 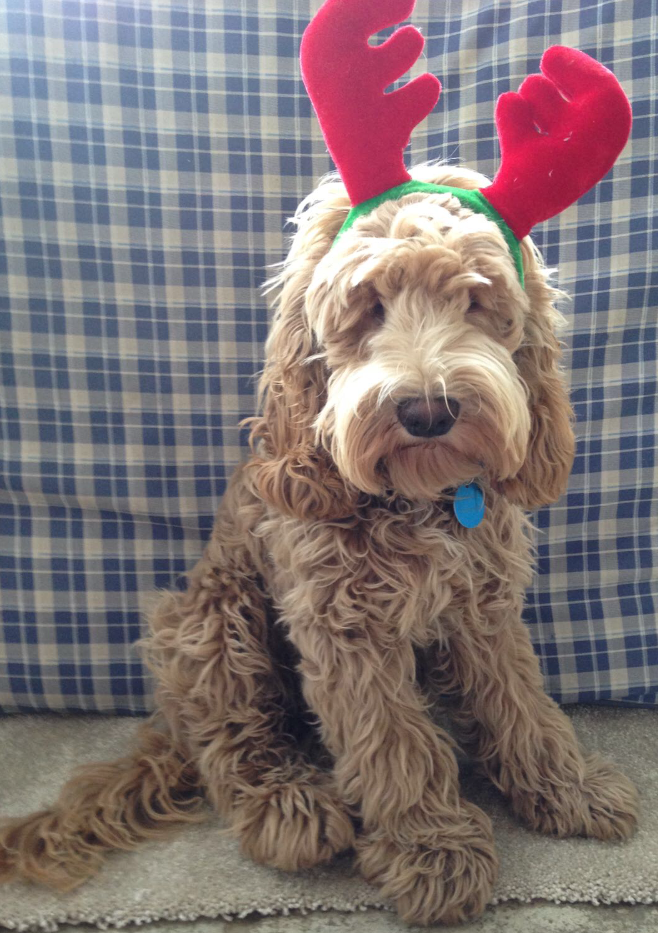 And here we go with his portrait: 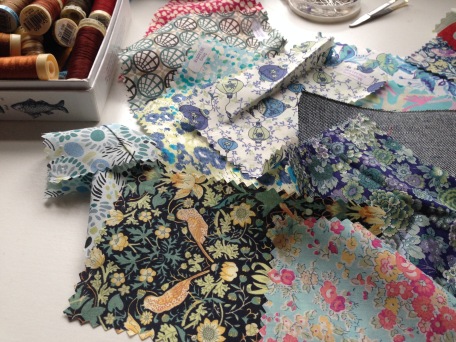 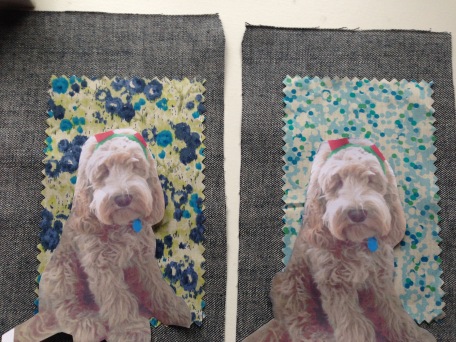 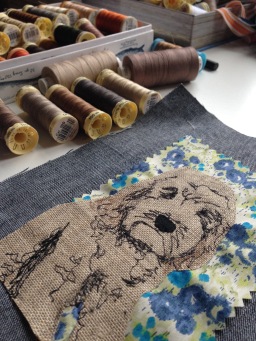 from early stages, through to the end: adding some hair, some more hair, and finally, some more hair. Hairy Harry – so good they named him twice (nearly). 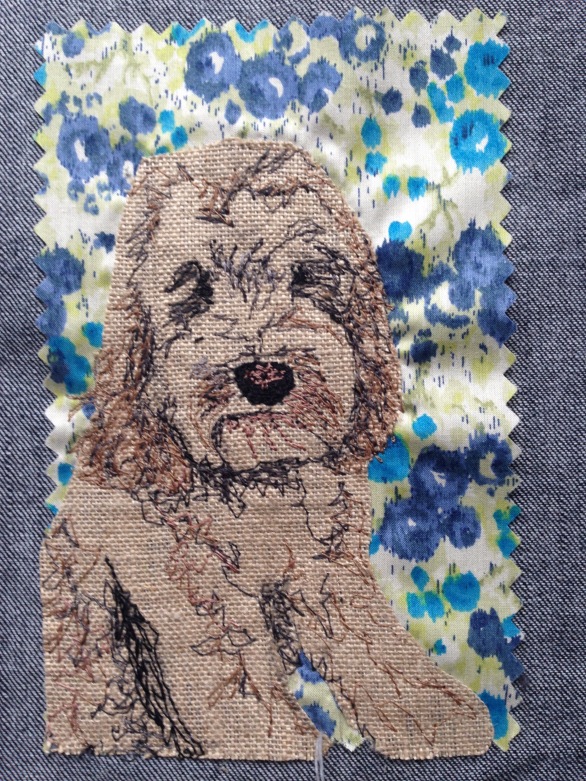 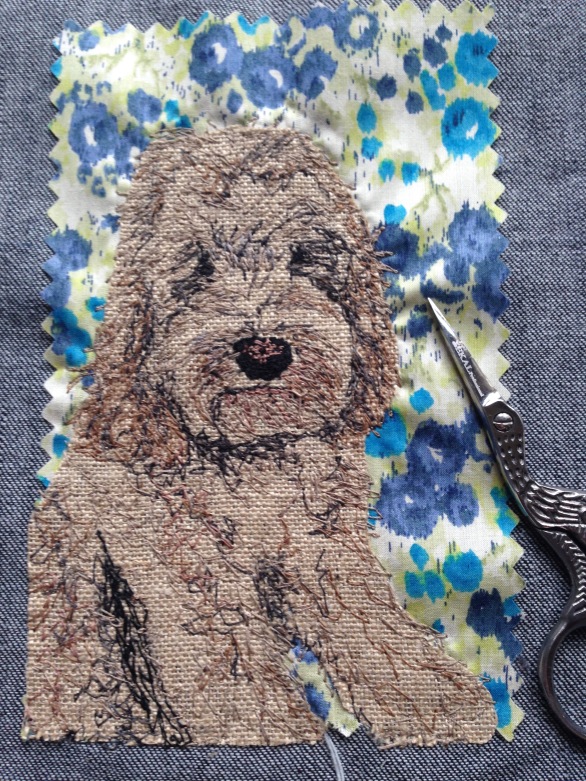 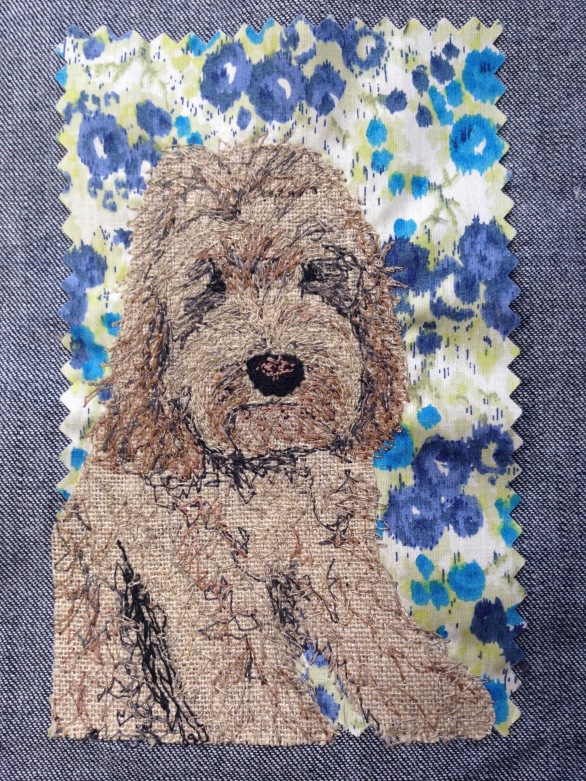 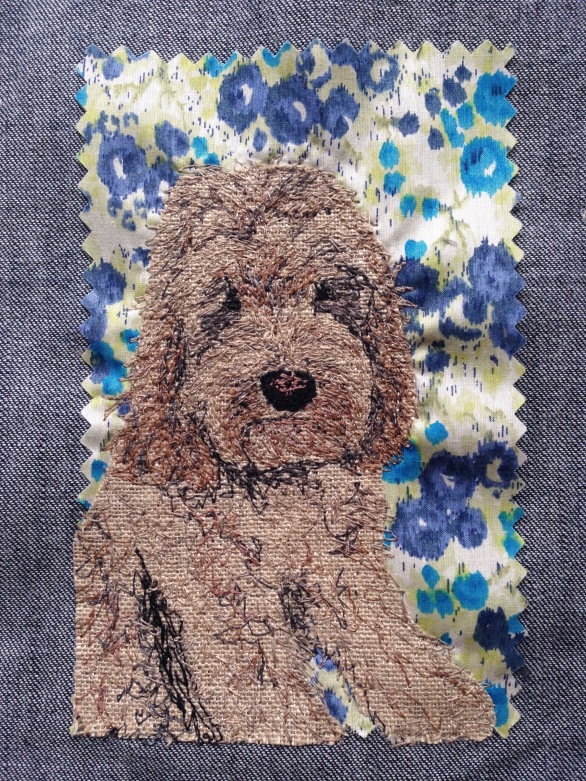 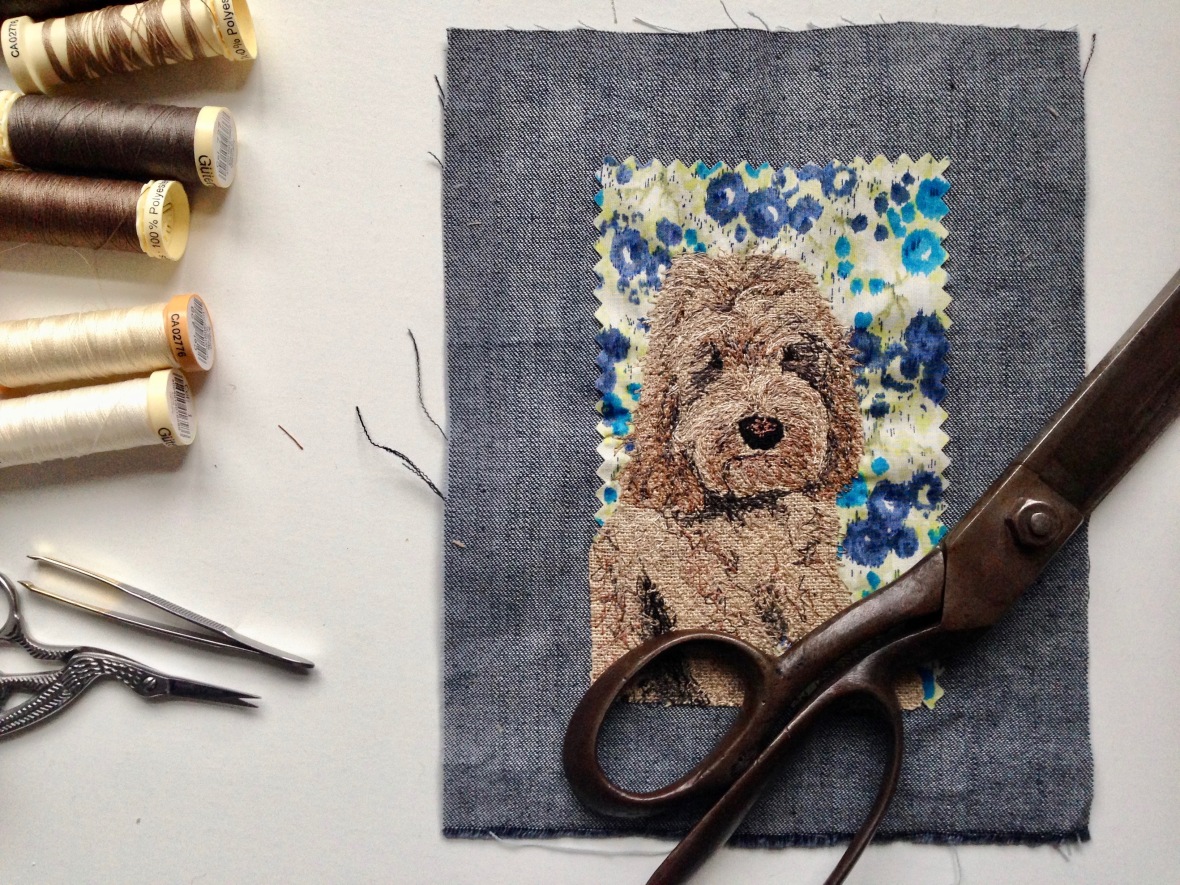 All there bar the dog tags 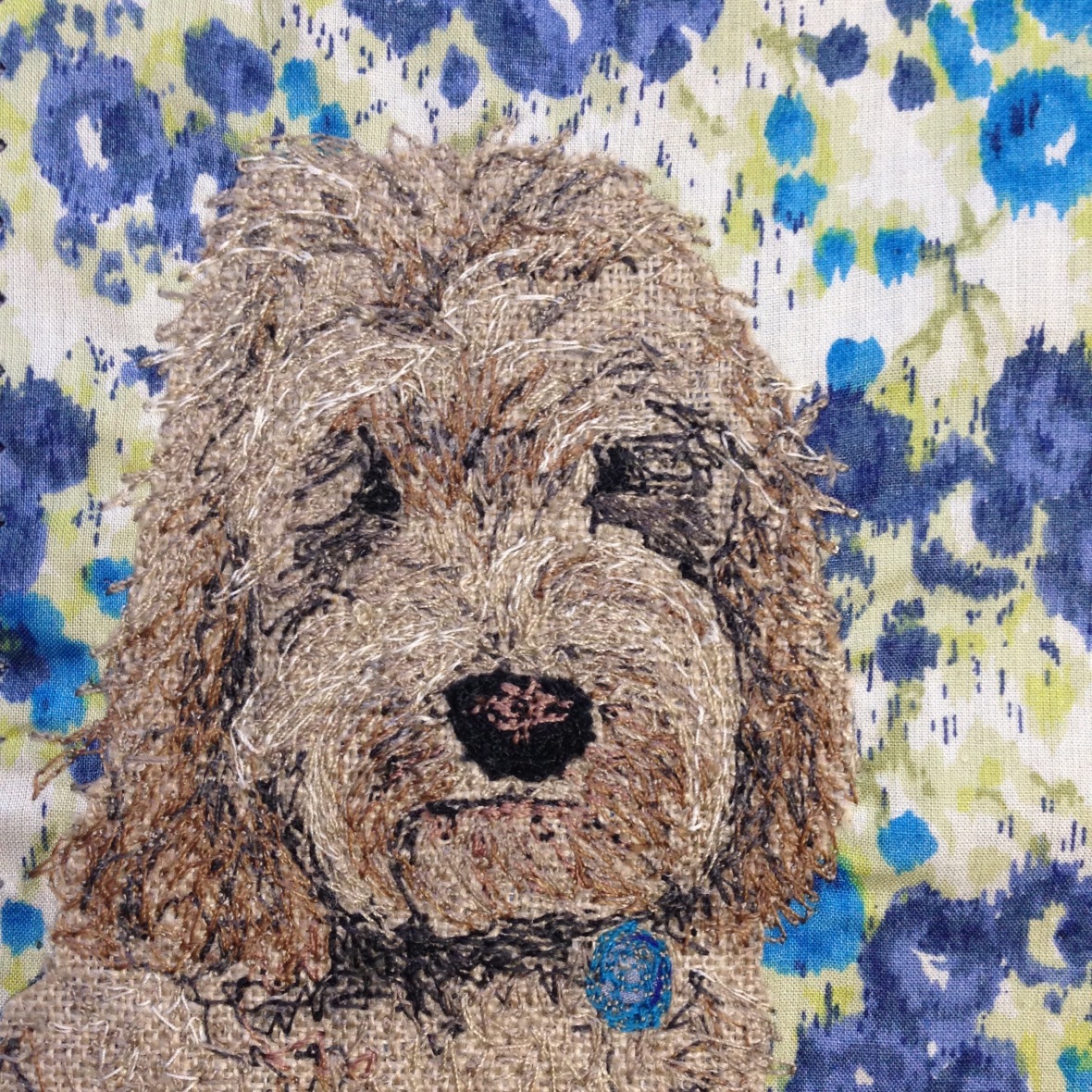