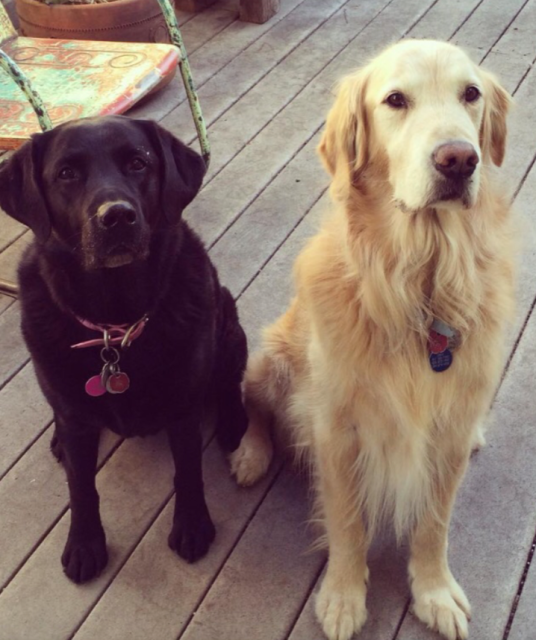 A pair of labs, light and dark, yin and yang, Leroy and Jackie.

They came over the desk in that maelstrom of creativity (aka work) that was the run up to Christmas, and it wasn’t really till this morning that I had a chance to sit back, grab a cup of tea, and muse on their beauty. And I have fallen for them all over again. Leroy, golden, splendid, and rather aware of the fact, but in a noble, not a smug way I think. And then there’s Jackie, whose expressions range from goody-goody willingness, to the cringing self knowledge that comes too late to a dog who has eaten all the butter, and only now realises that you might not be happy about that. (Or is it just my dog who eats butter? He also loves kale, so maybe it all balances out.) I love them both, but particularly Leroy, knowing that he had died and was being mourned by all, Jackie most of all.

And then, another photo came. Not actually the best, from my point of view (it’s better at eye level, and there’s a clearer silhouette with a sitting than a lying dog, etc);

but it came with a story: “This is them before we walked down the path to get married…they followed my husband and I without prompting. They just decided it was their moment…here they are in the shape of a ❤️ heart! Waiting.”

Maybe you are made of stronger stuff and could resist that story. I couldn’t. My wedding – though perfect in all other respects – did not have dogs, and I’m wondering whether to feel cheated. No, hang on, there was half a dog. At some point in the reception, My father – overly-sentimental about dogs – nipped off home to pick up his terrier. He didn’t like to think of Freddy missing all the fun.

And his daughter, it turns out, is overly sentimental about weddings – or perhaps it’s just dogs too, especially the heart-shaped ones. 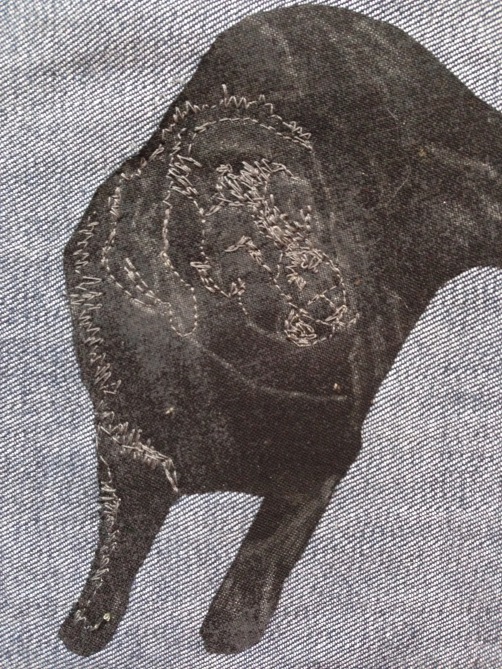 There aren’t too many pictures of the work in progress – such is the nature of a maelstrom – and the light in those grey days at the end of November plays havoc with what there are (the shift from grey to blue above for example), so you’ll have to bear with me.

Then the golden boy: 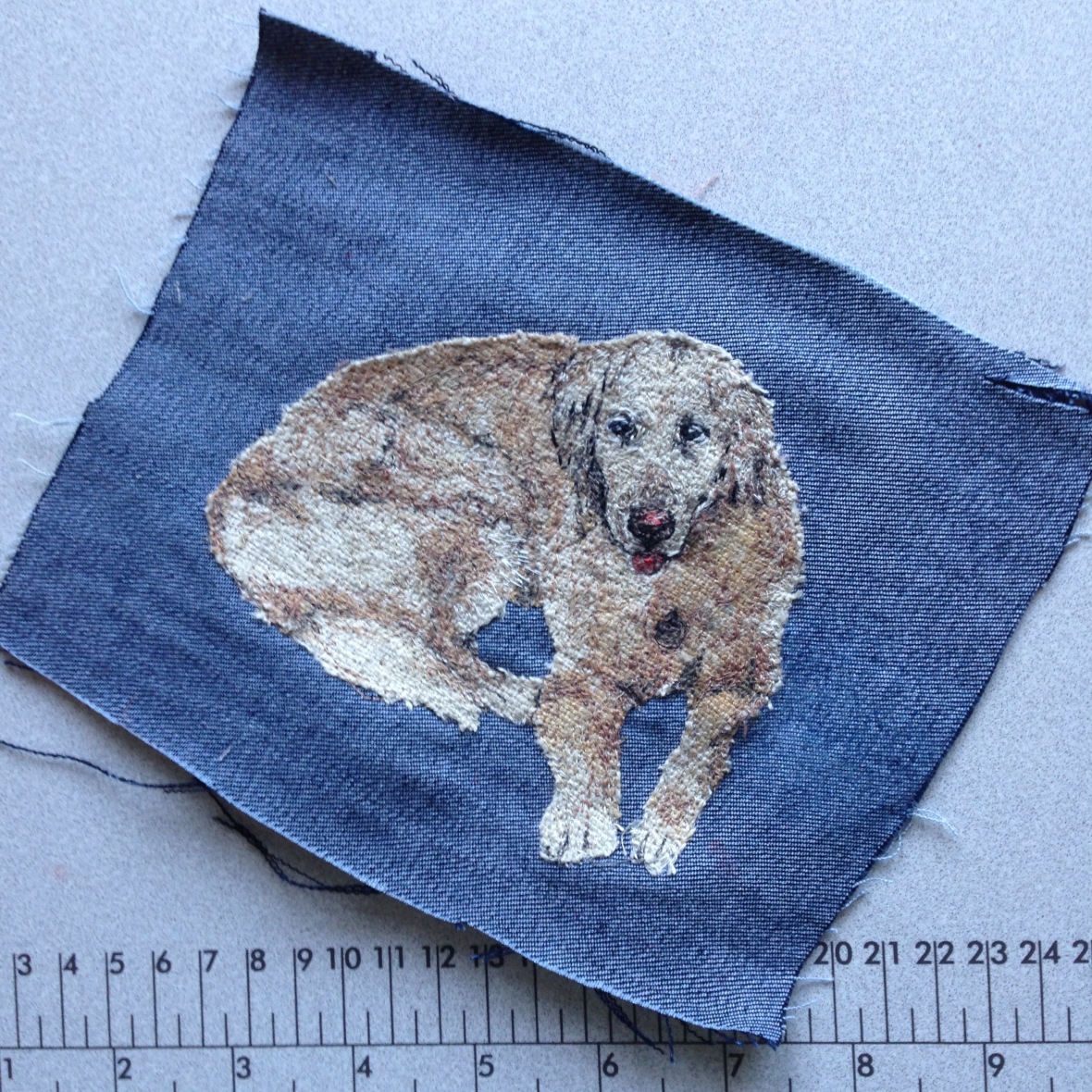 And here they are together, forever held in a heart-shape, on a green lawn before a wedding. And if that’s not the quintessence of romance, I don’t know what is.