Meet Scrivener. And if you don’t immediately say “Awh” at that second photo, there may be no hope for you.

I’ve spent my whole life assuming that you were either a cat person or a dog person. I was obviously in the latter camp. Dogs were so infinitely superior, I would argue, who wouldn’t prefer craven adoration to intellectual independence, a fellow creature placing all its hopes of happiness in you, rather than one who has more balanced social needs.

And then I had babies. Maybe that’s what has shifted the balance. Because now, the thought of a creature who loves me (or loves the food I dole out), but still knows where the front door is, is one that I cherish fondly in my heart. [Presumably the teenage years will change that.]

Anyhow, for now, at least, it means I have a foot in both camps. Cats and Dogs, Forever. And isn’t Scrivener a love. Just look at those eyes, and his tigerish stripes. There’s a cat who would come for tea and eat up all the food in the cupboard, and drink all the water in the tap. [Though, of course, my own dog is far more likely to do that than any cat I’ve ever met, or tiger, come to think of it.] 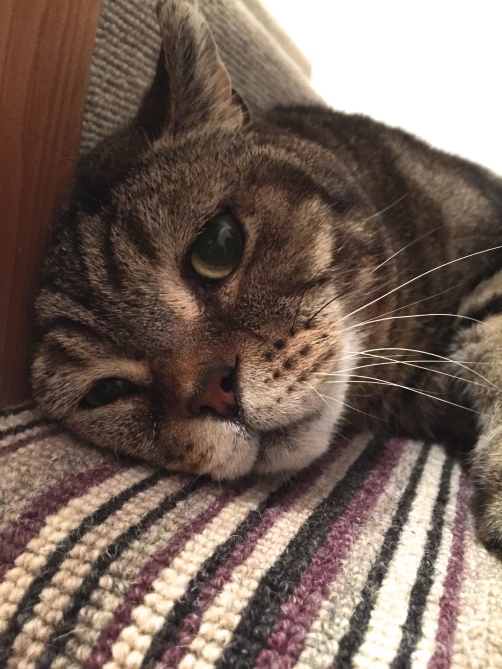 By the by, as postscript to the cat person /dog person divide, I give you this, the most beautiful of quotations that I have only just bothered to trace to its source, the American humorist and actor, Robert Benchley. It appeared in Vanity Fair, Feb 1920, in a book review of the New York City Telephone Directory:

“There may be said to be two classes of people in the world; those who constantly divide the people of the world into two classes, and those who do not.”

I have long loved Benchley for his part in one of my favourite Fred Astaire films, The Sky’s the Limit (1943), 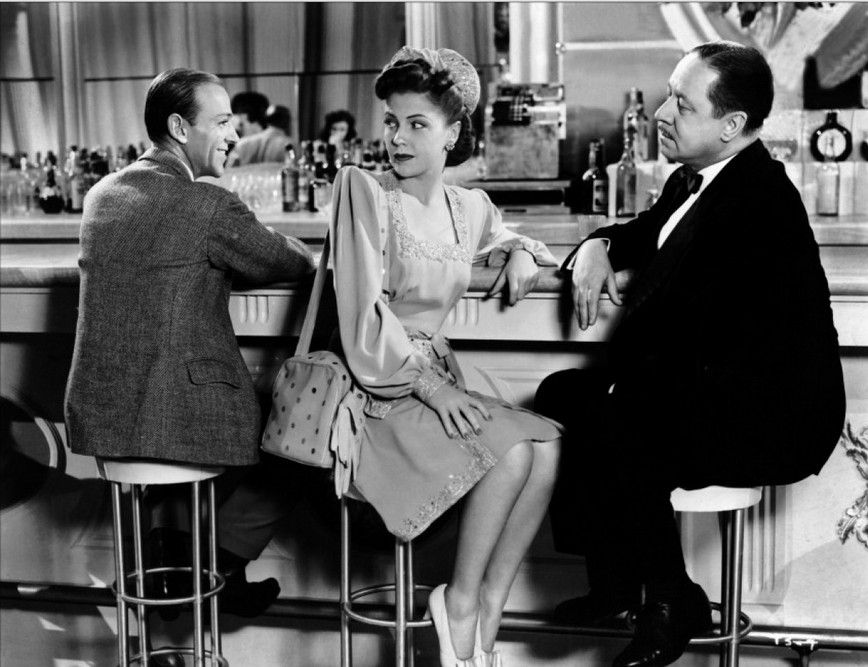 and now I love him for how he continued that quotation:

“Both classes are extremely unpleasant to meet socially, leaving practically no one in the world whom one cares very much to know.”

It’s always nice to know, in a world now dominated by social media, that there are those who are anti-social (even if, short of time-travel, I will never meet them in person – that said, not meeting in person, is, I suppose, rather the point).

Hmmm, I have rather strayed off the subject, but how to get from a discussion of anti-social tendencies, back to cats … ? Nope, I can’t think how, so will throw in some pictures to distract the reader, and crack on. 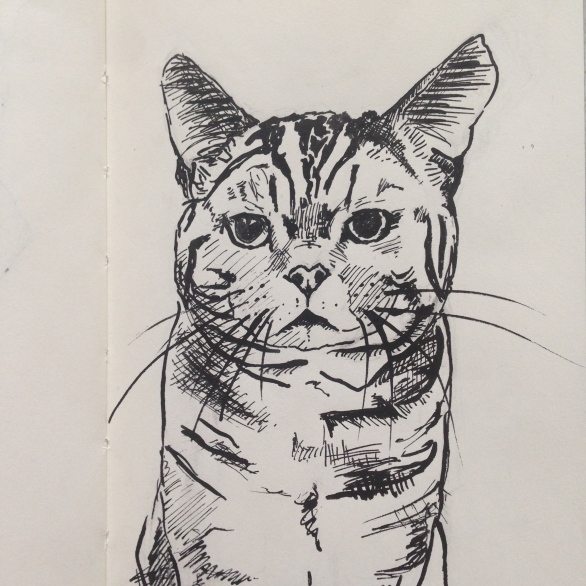 I loved both of these sketches, particularly the second one, but a little voice in my head counselled against it, due to the missing ear. Silhouettes are such a big part of how the pictures work, you see. But I’m still not sure, and one day, when I have identified whether the little voice is reason or instinct, and then decided how I feel about whether I should answer to reason or instinct – because, you see, the world is divided into those who follow reason, and those … er, no, let’s not go there again – as I was saying, I thought that without the ear, it wasn’t going to work. So I plumped for the full frontal.

Rather than pins and pencil marks, I whipped out my paints for some quick guidelines, and it was so much more efficient – and beautiful too, I think.

Still, no time to linger ….

As the light begins to fade, I was all there bar the highlights, whiskers and nose. 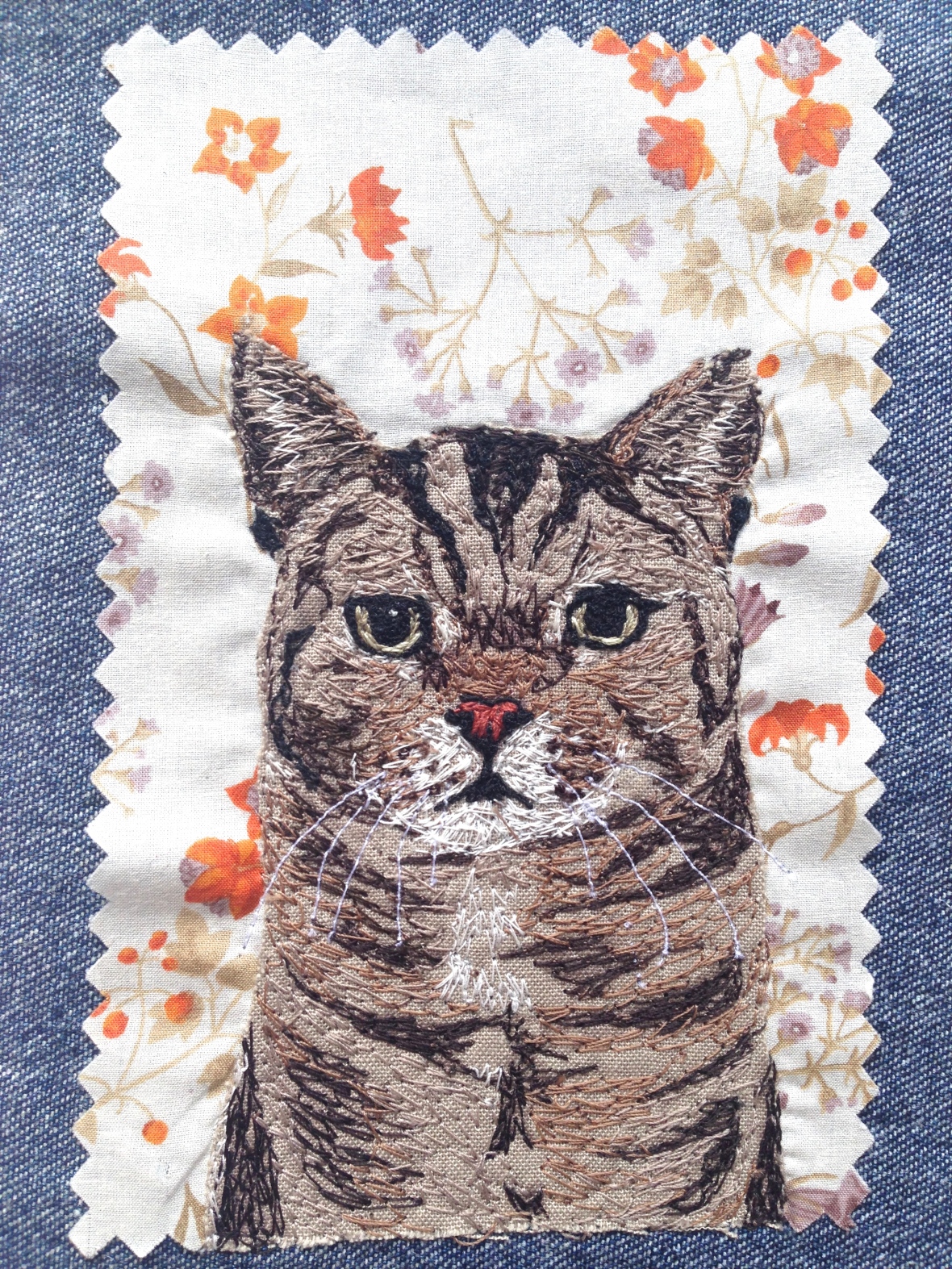 And I love him. Funny to think that everything I had ever thought up to this point about dogs and cats was just the result of my own foolish prejudice. It’s like that bit in Pride and Prejudice where Elizabeth Bennet realizes that she has been wrong about Mr Wickham and Mr Darcy from start to finish.

Pleased with the preference of one [i.e. dogs], and offended by the neglect of the other [i.e. cats],… I have courted prepossession and ignorance, and driven reason away, where either were concerned. Till this moment, I never knew myself.

Well, it’s a bit like that bit, but there’s no whopping great stately home just around the corner as a reward for clear-sightedness. Not yet, anyhow. I’ll keep you posted. 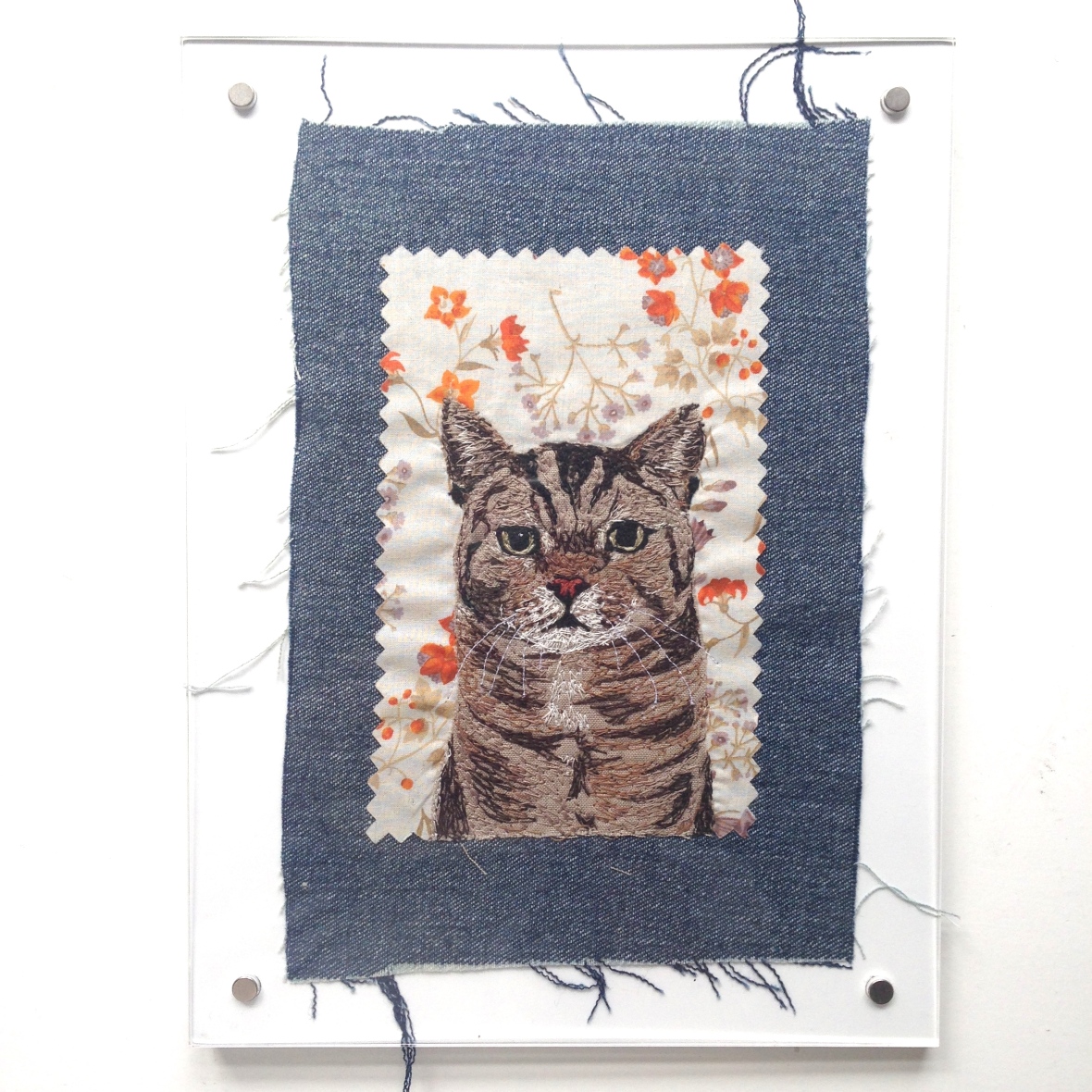 And by the by, if you have a feline friend deserving of a portrait, do hop on over to the Commissions Page and drop me a line.